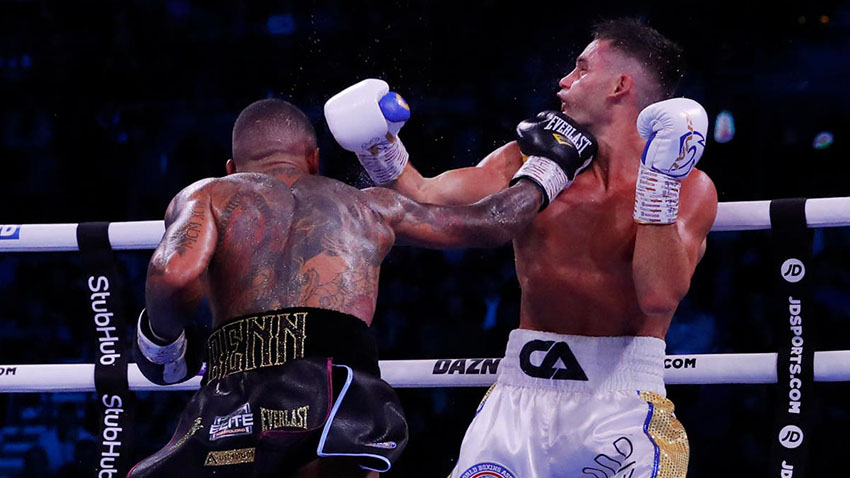 Britain's six brutal knockout victories that rocked the world boxing ring throughout 2021 include the vicious knockouts of Diliian Whyte and Tyson Fury. Boxing fans are treated to some of the most brutal knockouts British boxers have scored in 2021.

A number of formidable home fighters also went viral with a combination of ruthless punches and lucky strikes. Here are 6 British boxers' brutal knockout wins in 2021.

Conor Benn deserves the nickname The Destroyer with his lethal right hand power to make Algieri lie on the canvas. Conor Benn's bogeyman ruthlessness saw Chris Algieri tumble in round 4 to claim his 20th unbeaten career win in professional boxing.

The 25-year-old Briton overthrew the 37-year-old to pave the way for the world title at Welterweight. The son of Nigel Benn, a former world middle and super middleweight champion, toppled the former WBO Super Lightweight champion Algieri in the fourth round. Conor Benn's combination of left and right sent Algieri toppling forcing referee Williams to stop the fight.

Tyson Fury proved worthy of being the king of heavyweights after knocking out Deontay Wilder in a rematch in Las Vegas, United States. The Gypsy King fights heroically after being knocked down by Wilder. Fury defended his WBC heavyweight title after knocking out his challenger Deontay Wilder at the T-Mobile Arena, Las Vegas, USA, Saturday (9/10/2021) evening local time or Sunday (10/10/2021) noon WIB. Fury was knocked down by Wilder twice but was able to get up. At its peak, Fury was able to retaliate by dropping a wilder in round 11.

Callum Smith showed his might by knocking out Lenin Castillo in a fight at the Tottenham Stadium. Smith, who was beaten by Saul Canelo Alvarez, recovered his pride by winning a brutal knockout in the additional match of Anthony Joshua vs. Oleksandr Usyk.

Smith, who made his lightweight debut, clearly enjoyed losing weight and landing a killer right. A right-handed blow sent Castillo crashing to the canvas. Medics on the outside ring immediately carried out treatment in the ring to save Castillo.

Observers who doubted Dillian Whyte were immediately silenced after his punch was able to knock down Alexander Povetkin. In a heavyweight boxing rematch, Whyte, who became the WBC mandatory challenger, turned things around. Dillian Whyte was able to avenge his KO defeat by knocking out Alexander Povetkin. The knockout defeat tarnished the reputation of Povetkin who decided to retire from the boxing ring.

Scottish bantamweight Lee McGregor experienced the first scare of his promising career when he was brought down by the French champion, who had a 32-0 record. Legrand landed his right to knock the Briton down but he couldn't finish the task as McGregor struggled to defend and eventually recovered from Belfast's shock decking.

Within two rounds, he began to turn things around and tested and tapped into Legrand's defenses with close strokes. And as soon as his prey was distracted by the blow of the bait, he swung the right hook into his ribs and folded Legrand in half and gave up.

Boxer Joe Cordina earned a reputation as a clinical and expert boxer who usually needed a jury to ensure his victory. But, against Joshua Hernandez, we saw his ruthless side explode in the first minute. A straight blow that shot like an arrow from the right hand immediately knocked Hernandez to the canvas. Cordina's sadistic punch sent Hernandez to the floor.