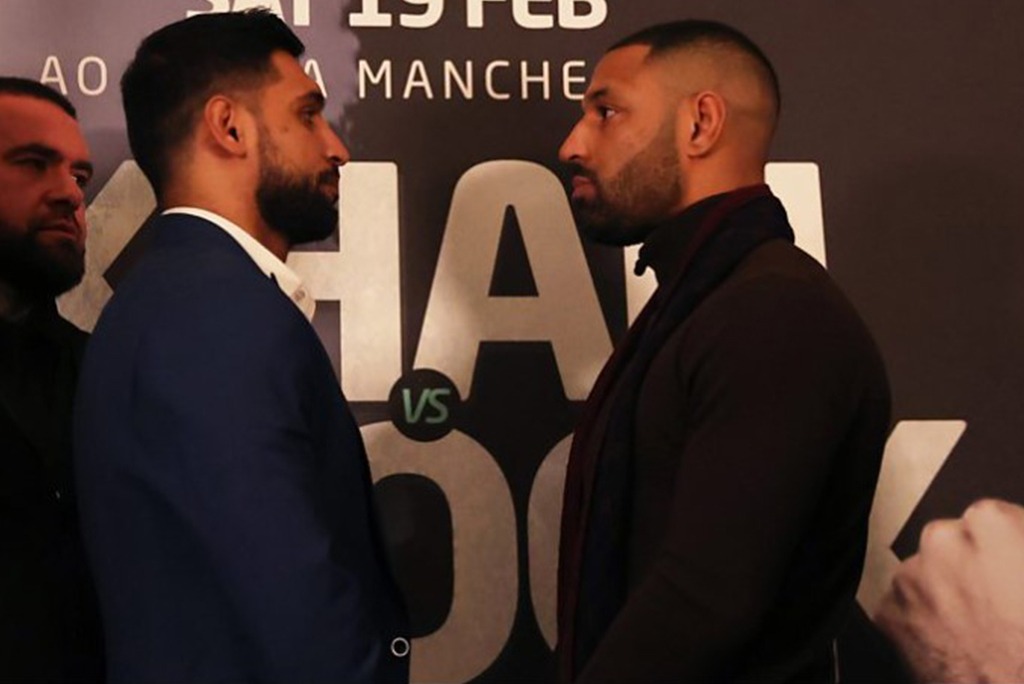 Amir Khan v Kell Brook: How blockbuster fight was finally made after years of failed negotiations

For so long, Amir Khan v Kell Brook seemed destined to be the one that got away.

But on Saturday night at the Manchester Arena the former world champions, both 35, will at last settle their differences inside a ring.

Brook turned professional in 2004 and Khan - fresh off a silver medal at the Athens Olympics - did so the following year.

As the years rolled by, both achieved great heights in professional boxing. Yet, a blockbuster all-British affair could not be negotiated.

That was until Boxxer promoter Ben Shalom worked his magic, although it was no easy task.

"They both weren't easy to deal with if I'm honest," Shalom tells BBC Sport.

"They were like two kids. If one felt like the other one was getting advantage, he'd want to pull out."

It's all about timing

The two fighters could have clashed in 2010 when Bolton's Khan held the WBA super-lightweight title and was called out by Brook.

Or in 2012 when they sat side-by-side on Sky Sports boxing show Ringside and shared their own accounts of who came out top in a sparring session during the amateurs.

The fight would have perhaps seen them at their peak in 2015 when Sheffield's Brook - having defended his IBF welterweight crown - once again challenged Khan.

Critics say the bout is well past its sell-by-date, but Shalom insists now is "the perfect time and setting" for Khan-Brook.

"I think before there was almost too much to lose," he explains. "You had two British guys that had known each other since they were 17 and had world title-ambitions and wanted to conquer America.

"Fighting each other at that stage of their career maybe would have stopped one of them achieving that.

"The rivalry and legacy meant that there was too much on the line and too much to lose."