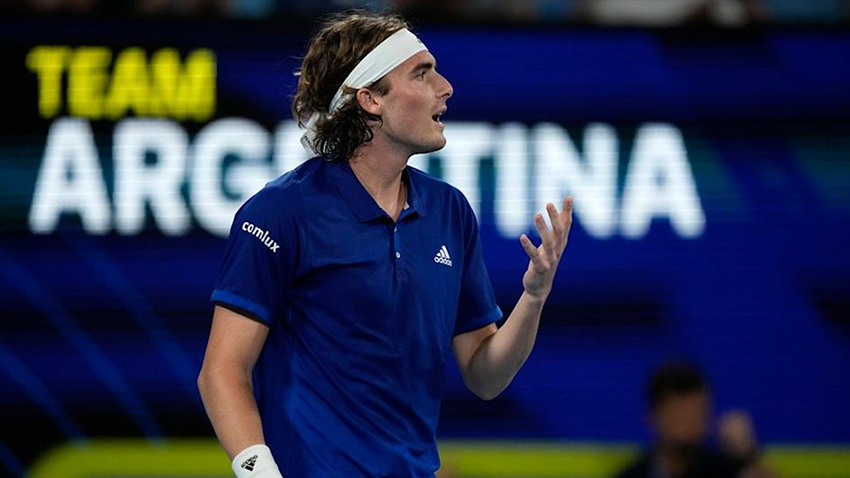 MDP Live - Greece finally picked up its first win in Group D of the 2022 ATP Cup season thanks to the wins of Stefanos Tsitsipas and Michail Pervolarakis.

In the previous two Group D matches, Greece lost 1-2 to Poland and 0-3 to Argentina.

The world number 4 was leading 4-1 over Georgian Nikoloz Basilashvili in the first set but Basilashvili returned to his team zone and complained that he was struggling to breathe after taking two points in the sixth game.

"It's not easy to play when you're not 100 per cent perfect, but I fully understand that," said Tsitsipas.

In her previous outing, the 25-year-old secured her first ATP Cup singles win for Greece when she pulled off an impressive 6-3, 6-2 win over Metreveli in 68 minutes at the Qudos Bank Arena.

"It's unbelievable. It was my first win in the singles ATP tournament,” said Pervolarakis.

Pervolarakis used most of his chances well, including breaking Metreveli for a 4-2 lead in the first set with a forehand winner that hit the line. The world number 399 came back from 0/30 to seal a 37-minute set by converting a fourth chance.

Two break service opportunities, in the first and seventh games, were enough for the world number 399 in the second set which ended after Metreveli made a mistake with a backhand.

"I'm really happy when I was able to get a win for my country and for myself," said Pervolarakis.

"Right now I'm at a level where I still can't play an ATP tournament every week, but my target is just to keep improving until next season."