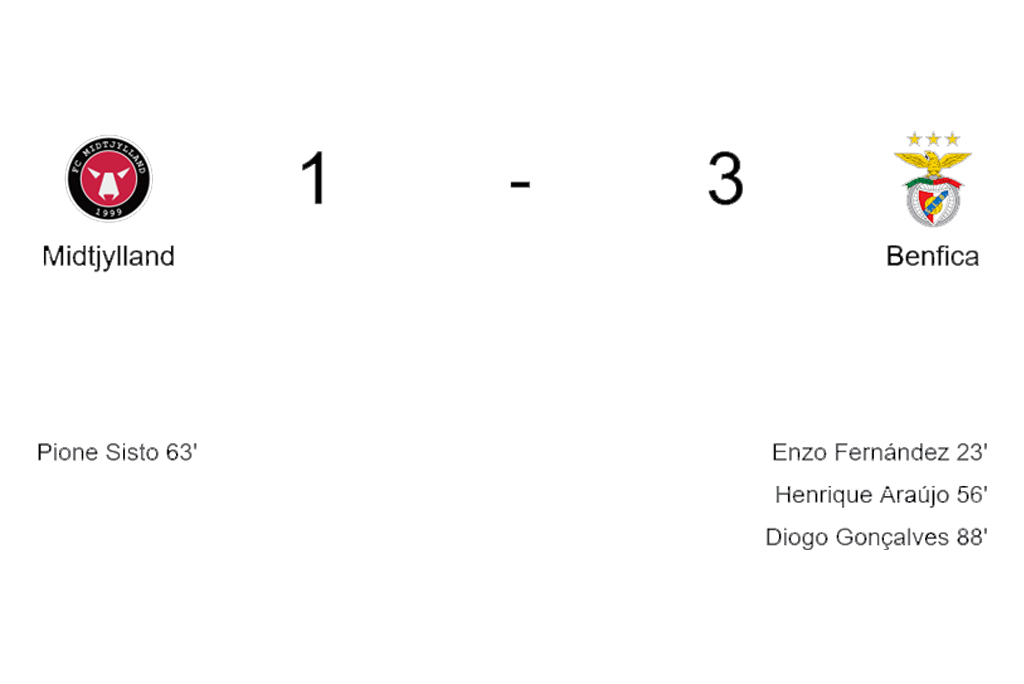 The match between Benefica vs Midtjylland ended with a score of 3-1 and Benefica became the winner and would advance to the Champions League play-off round.

Enzo Fernandez, Henrique Araujo, and Diogo Goncalves were the players who contributed the score to find the net for the hosts FC Midtjylland.

The result of this match made Benefica the fifth team to advance to the play-offs from the third round.

In the first half Midtjylland had 3 chances but which managed to score only one chance. and the score was created in the 14th minute. With an open player approach the difference in points gives a different pressure and sensation.

In the second half there were many attacks from the home room but did not produce results until the 63rd minute a consolation goal was created by Pione Sisto.

Benfica broke into Midtjylland's goal again in the 88th minute. Now it's Diogo Goncalves' turn who also listed his name on the scoreboard.