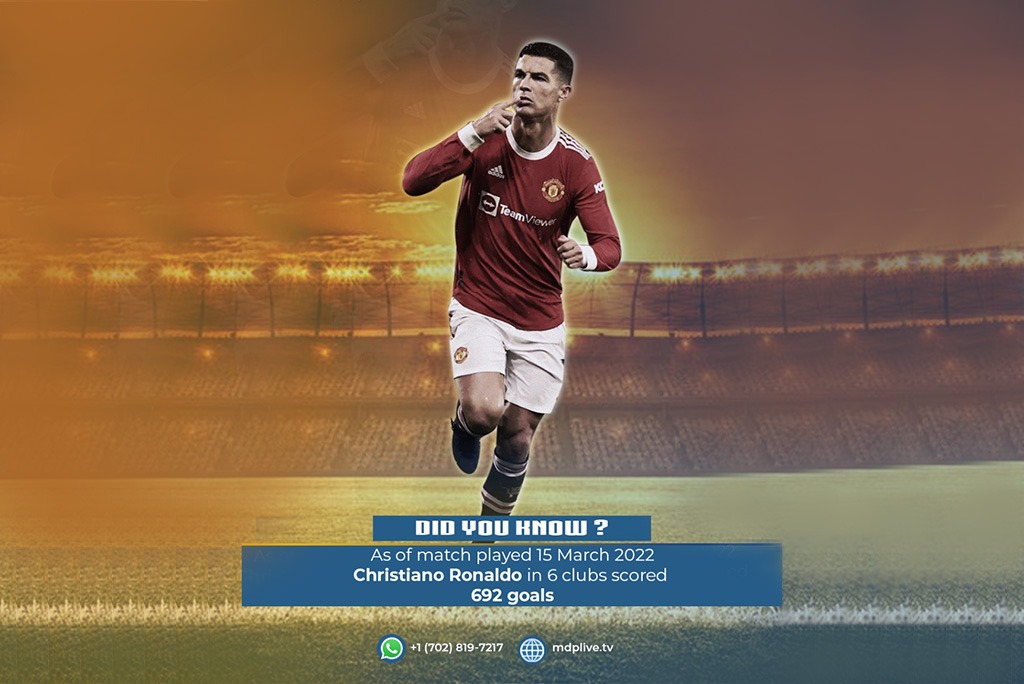 Known as CR7 worldwide for his very inspiring achievements, with a life journey that can't be said to be smooth but his success is now being talked about everywhere. Becoming a professional soccer player is not responsible for his achievements.

Born in São Pedro, Funchal, capital of the island of Madeira, Portugal, and raised in Santo António. As a child, Ronaldo played for Andorinha from 1992 to 1995, there his father worked as a kit man, and then he spent two years playing with Nacional. In 1997, aged 12, he underwent a three-day trial with Sporting CP, who signed him for £1,500. He then moved from Madeira to Alcochete, a town near Lisbon, to join Sporting's youth academy.

At the age of 16, Ronaldo was promoted from the Sporting youth team to the first team by manager László Bölöni who was impressed with his dribbling. He went on to become the first player to play for the Under-16, Under-17 and Under-18, B team as well as the club's first team in a single season. During the 2002–03 season, Liverpool manager Gérard Houllier missed the opportunity to sign Ronaldo, while manager Arsène Wenger, who was interested in signing Ronaldo, met with him at Arsenal headquarters in November to discuss a possible transfer.

Widely regarded as one of the two best players in the world and as one of the best players ever to play, Cristiano Ronaldo plays an attacking role, most often playing either as a striker or as a winger, and is known for his finishing, pace, dribbling, positioning, passing and crossing ability. He is able to play on both flanks as well as in the middle, making him a very versatile striker.

Cristiano Ronaldo is known for his speed, skill, control and dribbling ability, as well as his talent for beating players in one-on-one situations. He is capable of finishing well, both in the area to score goals and from distance.

Ronaldo's direct football style, skill and goal-scoring ability have been the most striking traits throughout his career, and his overall talent has at times led to him being regarded as a standout player and a match-changer.