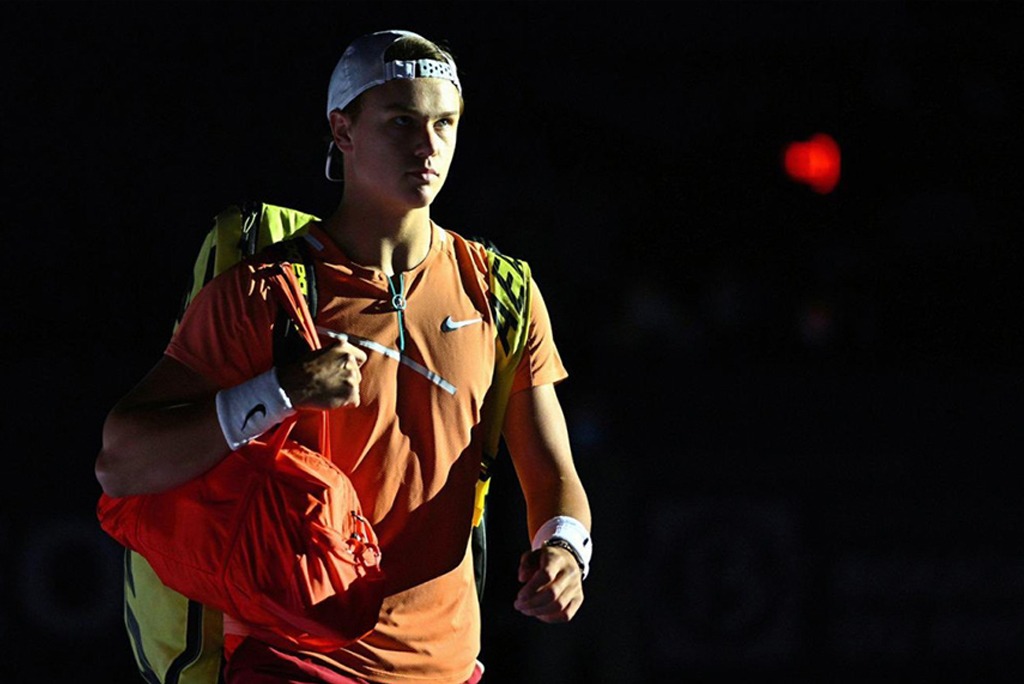 Taking full advantage of the Danes' discomfort on low-bouncing grass, Ramkumar clinched a 6-3 6-2 win over Christian, a low-ranking 824, in the opening singles match at the Delhi Gymkhana Club.

Yuki Bhambri returned to Davis Cup action with a convincing win while Ramkumar Ramanathan didn't even need his 'Game A' to emerge victorious as India took a 2-0 lead in their World Group I Play-off clash against Denmark, in New Delhi on Friday. Taking full advantage of the Danes' discomfort on the low bouncing grass, Ramkumar clinched a 6-3 6-2 win over Christian Siggsgaard, ranked as low as 824, in the opening singles match at Delhi Gymkhana Club.

There was hardly any fighting in the match, which lasted just 59 minutes, as Christian made it easy for the 170th-ranked Indian with his relentless unforced error.

Yuki, playing in the Davis Cup for the first time since 2017, doubled India's lead with a 6-4, 6-4 second singles win against Mikael Torpegaard, who despite serving and hitting with confidence to keep the Indians in front.

It is clear that India's strategy to host Denmark on grass is working well as dealing with low bounces does bother the visitors.

Rohan Bopanna and Divij Sharan will now be looking to seal a win for India on Saturday when they take on the doubles clash against Frederik Nielsen and Johannes Ingildsen.

If they win, India will retain their place in World Group I and the singles otherwise will be deemed unimportant.

Even though he had lost his serve in the opening game, Torpegaard did not let Yuki take advantage of the momentum.

Whether it's hitting from the baseline, serving, quick movement down the flanks or hitting the net, Torpegaard did everything to prevent it from becoming a one-sided match like the first singles.

He regained his break in the fourth game and what followed was an exciting game of tennis from both players. Yuki broke his opponent's serve once again -- in the ninth game -- and saved a break in the 10th game to finally take the lead.

Ironically, it ended in Torpegaard's double fault and all the hard work the Dane put in went to waste. Yuki made it 2-0 by holding back in the next game.

A perfectly placed forehand wedge gave Yuki another chance to break in the third game. Torpegaard only helped Yuki struggle when he scored a half-volley. From then on, it seemed like a formality despite Torpegaard's constant struggle. Yuki lost serve in the eighth game when she served for the match and went straight from 4-1 to 5-4.

Yuki made sure there was no more drama when he served in the 10th game when Torpegaard couldn't return the ball with his backhand.

In the first singles, Christian struggled with his serve, making as many as three double faults in the second game of the opening set and missing a breakpoint but Ramkumar could not capitalize on the opportunity.

Ramkumar mostly uses backhands for returns and remains solid on his serve. Christian again gave Ramkumar another break when he double-faulted at 30-all in the fourth game.

A long rally ensued with both players using their backhand slice strokes but Ramkumar ended up winning.

Few points went as the skinny Indian scored, a strategy he was expected to follow, but Christian's error-prone play made it easy for Ramkumar.

The Indian had three set points in the eighth game but could not convert a single one. He closed the opening set in the next game with a solid serve that Christian couldn't return, hitting a backhand.

In the second set, Christian first winked, trailing 0-40 in the third game. He started with a double fault and Ramkumar put his rival under more pressure with a back winner with a stunning cross. Christian then scored the feedback.

The Dane handed the home side a break when he hit a long backhand on the third breakpoint.

Christian's struggles were endless and Ramkumar ended the match with one ace in the eighth game after failing to convert four match points in the previous game.