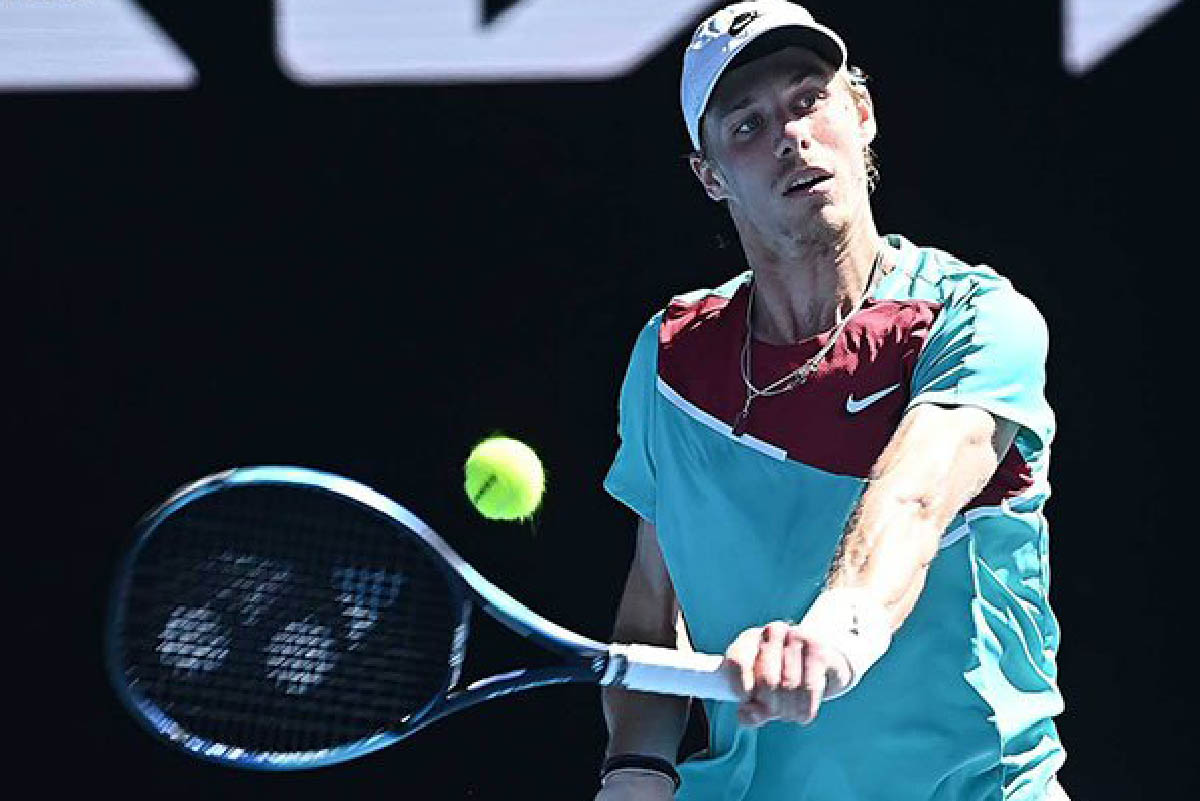 Despite the defeat, Denis Shapovalov is proud of his fighting spirit

MDP Live - Despite losing to a tight result to Rafael Nadal at the 2022 Australian Open, Denis Shapovalov was proud of his fighting spirit in the quarterfinals of the Grand Slam.

The tennis player, who is appearing in the quarter-finals of the Australian Open for the first time, came back after losing the first two sets to equalize before losing 3-6 in the decider.

"I'm happy with the way I was able to fight and bounce back," said Shapovalov. "I definitely found my game at the end of the third and fourth sets. The positives are getting more time at Grand Slams, getting the chance to try to find your game. Overall, it was a positive tournament for me."

The 14th seed beat world number 3 Alexander Zverev to book a quarter-final against Spaniard Nadal, but he struggled to cope with the former world number 1's intensity early in the match. He also changed strategy and showed growing maturity as a player in an attempt to bounce back in the match.

"I just changed a few things. I feel I returned a lot of balls, so I'm just trying to prepare better. Once I did that, I could really see the serve and it came back really well," added Shapovalov.

Related Posts:  For Rafael Nadal, Daniil Medvedev doesn't need advice because of this

The tennis player who is now trailing head to head against Nadal by 1-4, remains frustrated with the level of play in the fifth set.

“It was a shame to lose that set. I definitely feel like I'm getting a chance with my racket. I mean, in the third, fourth and fifth sets, I felt I was the better player and had more chances. There was only one bad game for me," said Shapovalov.

The sixth seed's win means he still has a chance to win a 21st Grand Slam title of his career this week at the Australian Open. When asked about the Spanish tennis star, the Canadian was full of admiration and acknowledged how tough the 35-year-old was.

"Rafa played well in the last set. Once he broke me, he kept his service game and served really hard. He definitely puts a lot of pressure on you, returns a lot of balls and plays aggressively when he needs it. Maybe another lawal will give me a little freedom. It was definitely a tough match," said Shapovalov.