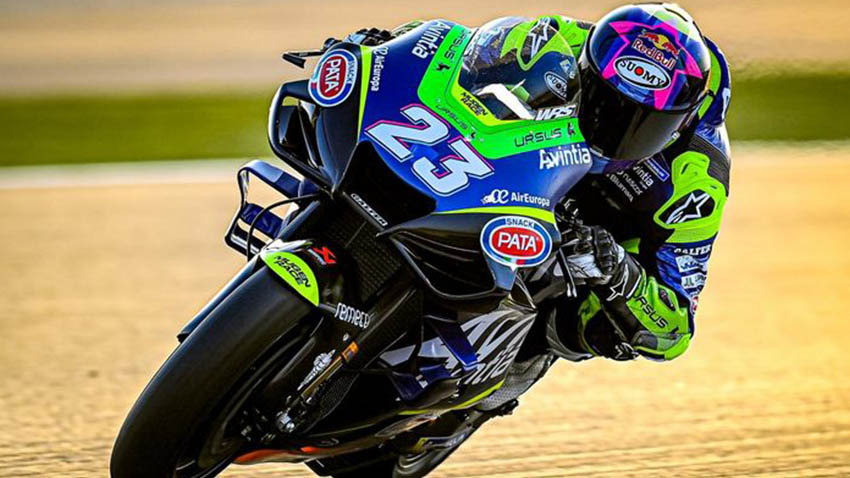 Enea Bastianini Optimistic to Get Good Results in MotoGP 2022

MDP Live - Enea Bastianini admits that he is confident that he can show a solid performance in the 2022 MotoGP championship because he is equipped with a Ducati Desmosedici GP21 motorbike.

Enea Bastianini was indeed unlucky because he did not get the latest factory-spec motorcycle Ducati for his second year in the MotoGP championship. But this is not a problem for the Italian because he will ride the Desmosedici GP21 motorbike which has shown its strength throughout the 2021 season.

Ducati itself has not made many changes to their latest bike and is just trying to find a better balance. Therefore, Bastianini believes he can achieve good results with the Desmosedici GP21 motorbike.

“For now, I prefer to enjoy life rather than think about what will happen in the next 15 days. I can wait for the new season very patiently," Bastianini said as quoted by Speedweek.

“Preparation for winter is very important. I also take advantage of this break to relax and reset things,” he explains.

“Then throughout the year you will see which path is right for me. Of course, I really like the Ducati family."

"I'm fine here and maybe there's a chance to join the factory team next year. But that's not what I'm thinking right now. I'm more focused on doing well this year," said the 24-year-old rider.

Related Posts:  Despite recovering from an injury, Marc Marquez's success in MotoGP 2022 still depends on Honda

"I don't think we lost anything. We can create beautiful things."

Last year, the man nicknamed La Bestia was able to look solid even though he was only equipped with a Desmosedici GP19 motorbike by winning two podiums in the San Marino MotoGP series and the Emilia Romagna MotoGP.

However, this achievement was enough to bring Enea Bastianini to win the 2021 MotoGP Rookie of the Year title, because another rookie, Jorge Martin, was able to make better achievements despite being absent from several races.

The results shown by Martin also made Bastianini even more motivated to improve his performance because the Desmosedici GP21 motorbike became the strongest motorbike on the track last season.

“I immediately liked the performance of the bike at the Jerez test. The first impression compared to the old machine in general is much better in every aspect,” said Bastianini.

"I'm not worried about the 2021 bike. I believe that I can also make a difference in certain areas with this bike. It's not something that worries me."