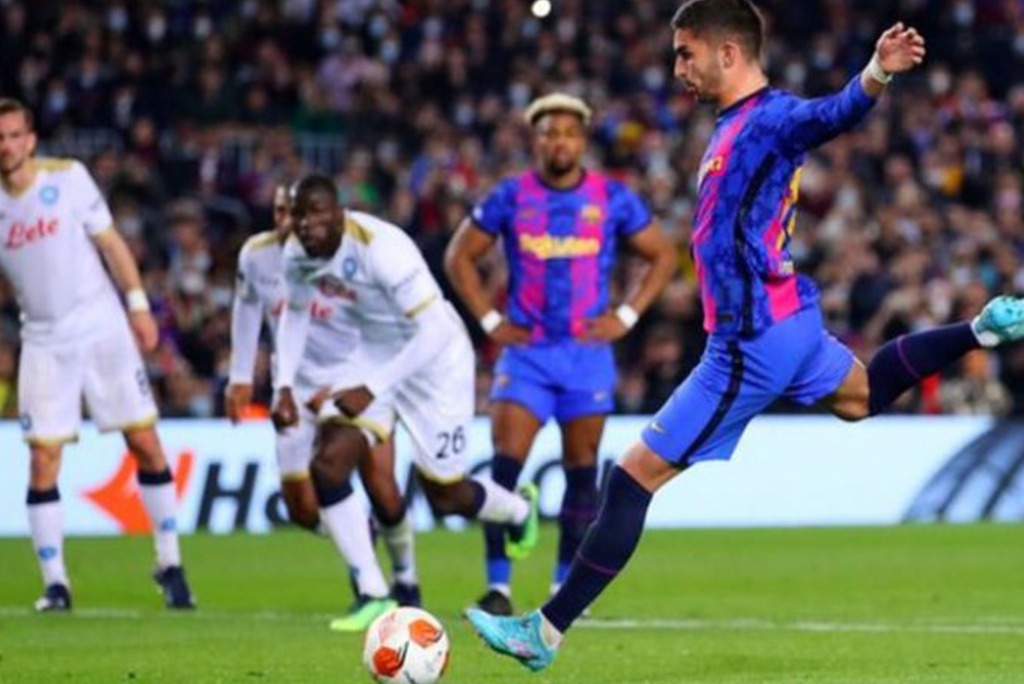 Ferran Torres scored a penalty as Barcelona rescued a draw in their Europa League last-32 first-leg tie against Napoli at the Nou Camp.

Making their first appearance in this competition in almost 18 years, the Spanish giants fell behind in the first half when Piotr Zielinski drove in.

But Barcelona were awarded a penalty in the second half by VAR after Adama Traore's cross hit Juan Jesus' hand.

The goal will have been of significant relief for the former Manchester City striker after he had missed a big chance when the game was goalless, firing over when well placed inside the box.

However, he also had a good opportunity to win the game for Barcelona late on, but again sent his shot over the bar.

Related Posts:  Fulham Lead over Swansea City at the top of Championship

Ex-Arsenal striker Pierre-Emerick Aubameyang had a quiet game as he made his first start for Barcelona and his first competitive start since 2 December.

Xavi's side, who are in the Europa League after failing to get out of their group in the Champions League, were the better side after Torres' 59th-minute equaliser but could not find a winner despite their late pressure,

The two sides will meet again in Italy for the second leg on Thursday, 24 February.