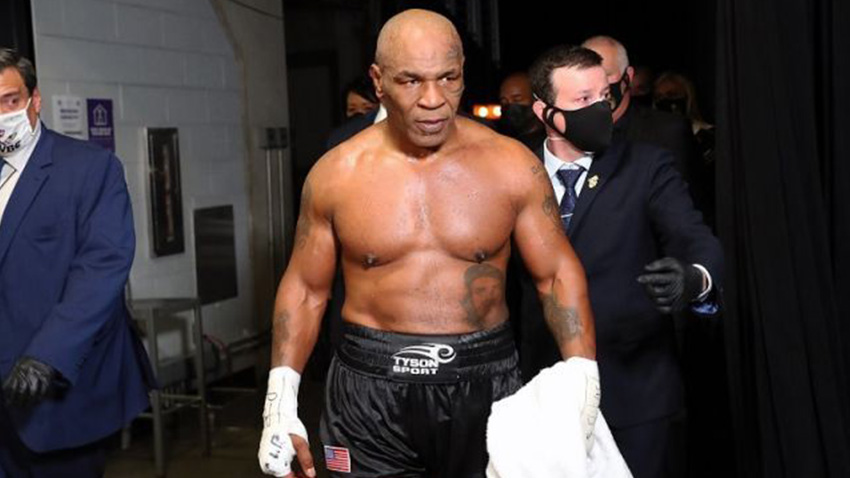 For the sake of pigeons, Mike Tyson is willing to lose his girlfriend and fight with the cleaners

MDP Live - No one doubts Mike Tyson's toughness in the ring. The boxer who was born in Brooklyn, New York, June 30, 1966, once dominated the world heavyweight boxing arena. But his life full of controversy made his hard work and reputation that had been built so far shattered.

Outside of a life that moves like a roller coaster, Tyson has never forgotten his hobby of raising pigeons. As reported by the Daily Star, Tyson is currently estimated to have 1000 pigeons.

For Mike Tyson, pigeons are not just ordinary pets. Tyson loves them very much and often loses his mind when someone hurts his pet birds.

Tyson dumped his girlfriend because of a pigeon problem in 2013. Tyson was angry that his lover was trying to force him to eat one of his pet pigeons.

"I tried it. I was on a date with a young woman and she said, 'I don't know why you fly these damn birds.'" Tyson said when asked if he ever ate any of his pets on the radio show, Boomer & Carton. .

"He was serious, he then took one and cooked and processed it to eat. And I really can't do that," explained the 55-year-old man.

Tyson did not try to stop his lover from cooking his favorite bird. However, Tyson chose not to continue his relationship with the woman.

"That's why he's not my girlfriend anymore," Tyson said.

One day, Tyson was also very sad and devastated because one of his pigeons named Julius died. He also intends to bury him along with the cage box.

He then put the box in front of the door as he was about to take something into the house. But Tyson was surprised when he saw the cleaners put the crate into the crusher.

"I rushed after and caught him, then hit him in the temple with my right hand. He was cold and convulsing on the floor," said Mike Tyson.

This is not the first time Tyson has acted brutally when it comes to his pets. Previously, Tyson had told that the first duel in his life was also triggered by the pigeon problem.

The incident began when a bully caught one of Tyson's pigeons. He then severed his head in front of Tyson. An enraged Tyson finally unleashed a punch at the man. Even though at the time of the incident, Tyson was still a child.