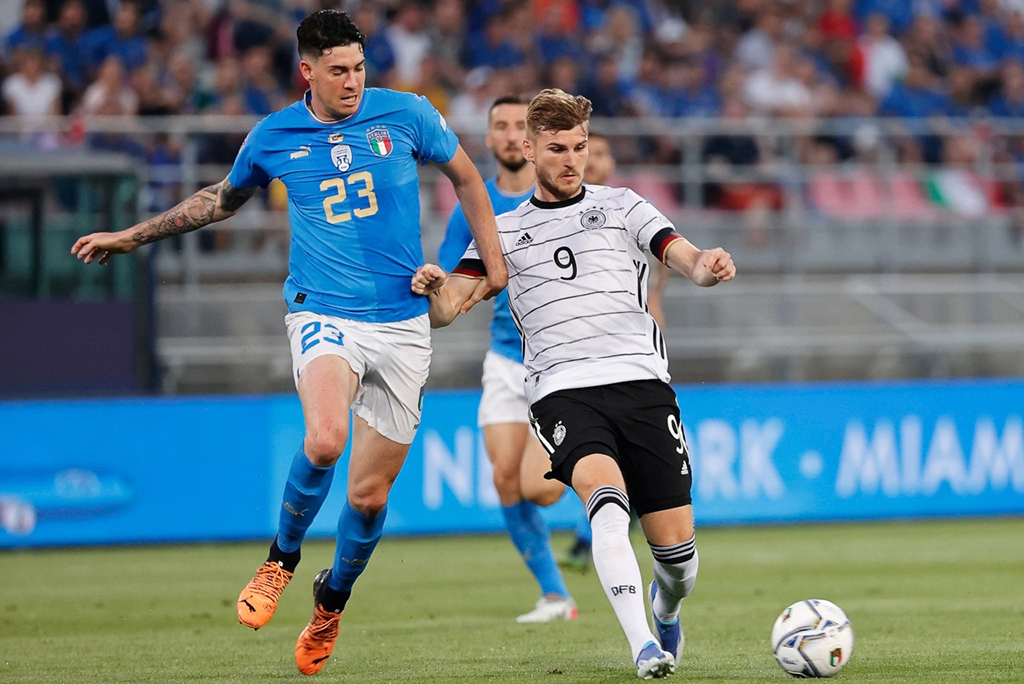 The European champions were embarrassed by Germany in the 2022-2023 UEFA Nations League match. The match took place at the Borrussian park.

Because of this victory, the team nicknamed Der Panzer is now in second place in the UEFA Nations League Group A3 standings. And Italy is in third place

In the first half Germany played by attacking in an orderly pattern, causing Italy to have to go down to half the field because Germany was constantly under pressure because the players were playing faster.

Italy also made dangerous attacks through Calabria and Raspadori but their attacks were controlled by Manuel Neurer.

And in the 10th minute Joshua Kimmich scored a goal from David Raum's cross. And the goal frustrated Italy and Germany on the other hand comfortably and enjoying the game back and forth relying on wing play.

And in the 32nd minute another chance was created with a header from Lukas that went into the bottom corner of the net but luck was on Italy's side with the keeper's fingertips providing the save.

Related Posts:  Liverpool a commanding lead ahead of the last-16 second leg

At the end of the first half, Germany was given the opportunity to take a penalty kick and managed to score a goal and the first half closed with the score 2-0.

In the second half Italy attacked aggressively but was well blocked by the German goalkeeper and defender. Then in the 51st minute added to the score for Germany because a quick strike due to a communication error from the Italian team caused the ball to go out of their control and this incident was welcomed by Germany.
the score is 3-0.

And in the 68th minute the goal happened again to add to the score for Germany by utilizing a cross from Serge Gnarby and the score became 4-0.

And a minute later bad things happened to Italy, Germany scored again and the score became 5-0 for Der Panser.
Then into the last 10 minutes Germany slowed down and Italy managed to score in the 78th minute and then Italy scored again through Alessandro Bastony's header to make Italy 2-5.