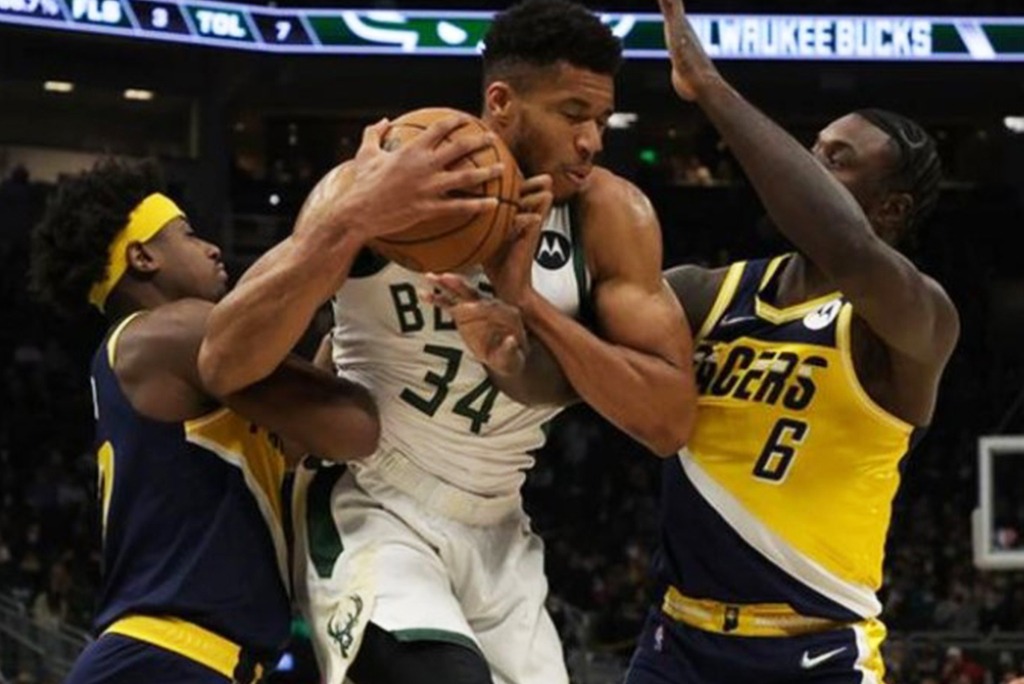 Giannis claimed 14 rebounds and made 17 of his 21 attempts, while Khris Middleton added 19 points.

It is the first time the Greek has scored 50 points since the Bucks won their first title in 50 years in July.

"It's a nice feeling to have 50, and you will always remember it," he said.

Elsewhere, Jaylen Brown had 29 points and eight rebounds as the Boston Celtics cruised past the Philadelphia 76ers 135-87 to earn their ninth consecutive victory.

Brown was ably supported by Jayson Tatum, who added 28 points and 12 rebounds.

Karl-Anthony Towns made 39 points and 15 rebounds as the Minnesota Timberwolves recovered from a 13-point fourth quarter deficit to beat the Charlotte Hornets 126-120 in overtime.

The Dallas Mavericks also bounced back from 13 points down to beat the Miami Heat 107-99, with Luka Doncic leading the way with 21 points, 10 rebounds and six assists.

Tyus Jones scored 27 points as the Memphis Grizzlies made it six wins in a row with a 121-109 victory over the New Orleans Pelicans.

Trae Young scored 41 points, the fifth time he has surpassed 40 points this season, as the Atlanta Hawks edged out the Cleveland Cavaliers 124-116.