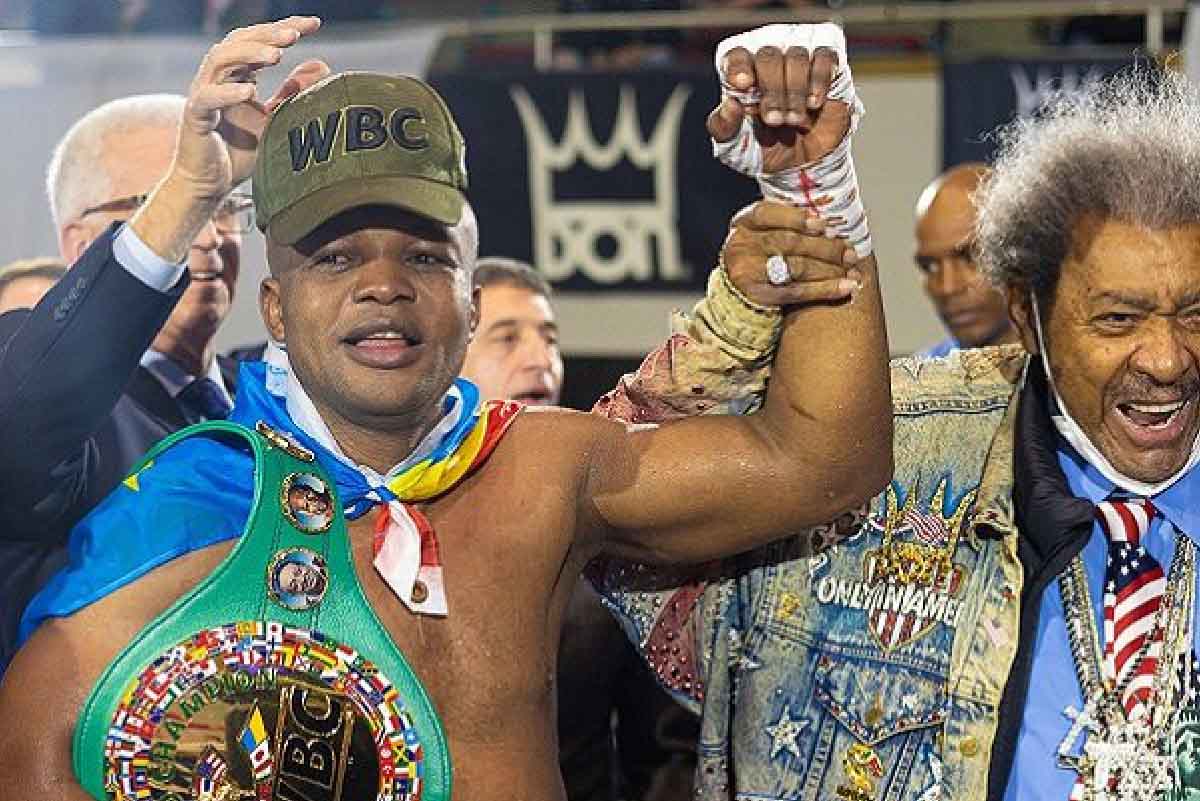 "Today, I didn't come for a knockout," said Makabu, who won the vacant WBC belt against Michal Cieslak almost exactly two years ago on January 31, 2020.

"I came to show that I can box. I'm going to box and knock Canelo in the next fight, baby."

In his debut in the United States, 34-year-old Makabu put pressure on his compatriot. He successfully followed his team's game plan from the opening bell to take his unbeaten record to 10.

“We are leading the fight comfortably. Junior (Makabu) boxed beautifully. We know about what Mchunu will do this time," said Ilunga Makabu coach Damien Durandt

“He brought some elements that surprised us. I told Junior not to look for a knockout. If it comes, we'll take it. What I want from the first round are points. He said to me, 'I understand you, honey.'”

The WBC has approved their match, even if it means a two-division jump for the undisputed super middleweight champion, who has won world titles in four different weight classes.

Even so, Canelo has a wide selection of potential opponents, including WBA, WBC and IBF middleweight champion Jermall Charlo and WBA light heavyweight champion Dmitry Bivol.