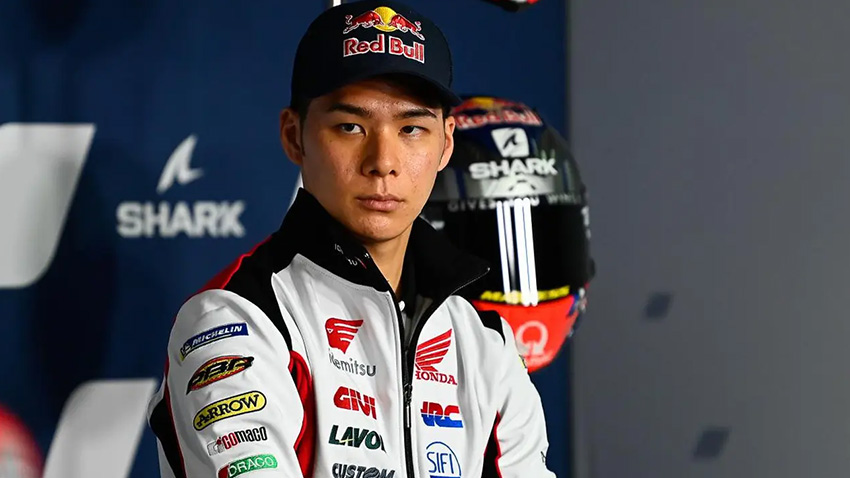 MDP Live - The Japanese racer who appeared with LCR Honda, Takaaki Nakagami has not yet reached the podium he dreamed of. In fact, Nakagami won pole several times last season.

But Nakagami always failed to reach the podium, at best in a position in the top four. This is clearly a problem for Nakagami who has four seasons in MotoGP.

He also recruited a mental coach ahead of the 2022 MotoGP. This was of course to smooth his determination to reach the podium or even win in MotoGP.

Nakagami took fourth place three times. He almost won the podium and even won in the last two seasons.

The most ridiculous incident to Takaaki Nakagami happened at MotoGP Aragon 2020. Starting in first position, Nakagami actually fell on the first lap.

Nakagami felt what happened to him was really hard. Good results in qualifying vanished in an instant when he crashed in the race.

"I scored some good races last season and to be honest it was tough for me, a lot of falls. But my whole team never gave up," he was quoted as saying by crash.

Last season, he had 12 incidents. This is the most nicks in his career but the least compared to other Honda riders.

The Reason There's a Mental Coach

Nakagami also said that technical problems were not the main obstacle. Pressure is hard for him to beat, that's why he needs a mental coach.

"After the 2021 season, I started working with mental coaches. This is step by step, because things like this cannot change in one day," he said.

"I'm looking forward to testing in Malaysia on February 5-6. This is to see how I change," he added.

MotoGP 2021 will be the worst season for Nakagami. He finished 15th in the MotoGP standings, despite being one notch higher than his partner Alex Marquez.

"I can't wait to start the new season. This is my fifth year so it's time to get some great results," he said.