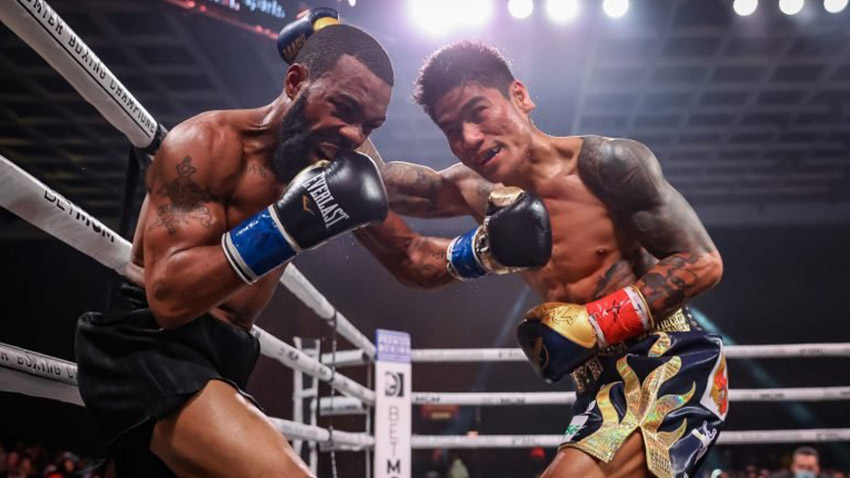 Gary Russell, who is the longest-serving champion, struggled against the undefeated challenger Magsayo from the Philippines. The win was enough for Magsayo to extend his ring record to 24-0 (16 KOs). Magsayo, who is known to be left-handed, used his strength to beat Russell, who was reportedly injured in the fight.

The 33-year-old Russell, who hasn't fought for nearly two years, told Showtime's Jim Gray he believes he suffered a torn tendon in his right shoulder during round four. However, the final result showed Russell lost for the second time in his career which took his fighting record to 32-2 (18 KOs).

He hasn't been beaten since triple division champion Vasiliy Lomachenko defeated him by unanimous decision in the then-vacant 12-round WBO featherweight title fight in June 2014. Russell is known as the longest-serving reigning champion who has rarely fought.

Russell has no rematch clause in his contract as Magsayo is a mandatory challenger for his title. He also tells Gray he wants a rematch, but Russell questions whether Magsayo wants one.

CompuBox counted 81 more strokes for Magsayo than Russell (150-543 to 69-323). Russell was clearly restricted as he could only use one hand during the last eight rounds. Russell is generally regarded as one of the most talented boxers in the sport, but the Washington, D.C. native, has often come under criticism for his lack of fighting.

The 2008 US Olympics loss to Magsayo marked only the sixth defense of the WBC belt that Russell won by defeating Mexico's Jhonny Gonzalez in the fourth round of their March 2015 fight in Las Vegas.