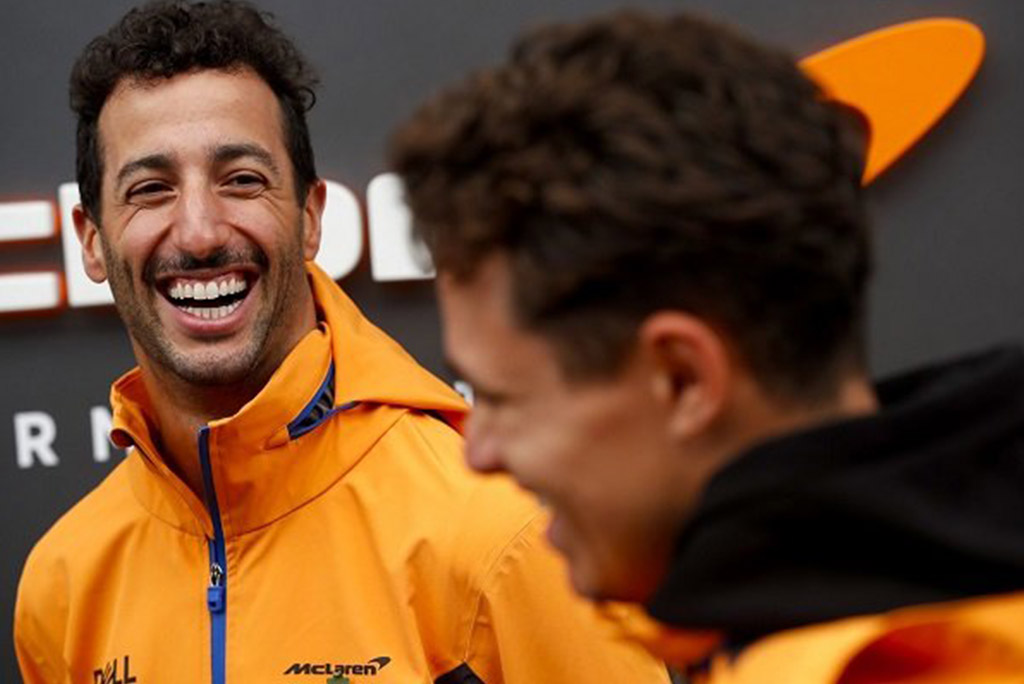 MDP Live - McLaren driver Daniel Ricciardo does not want to be jealous of Lando Norris who has just received a contract extension. He prefers to focus on improving his performance on the race track.

As is known, McLaren has extended the contract of Lando Norris until 2025. This has led to speculation that the Woking side are likely to rely more on Norris than the more senior Ricciardo. Responding to these rumors, Daniel Ricciardo was reluctant to think about it. He himself still has a contract until the end of 2023 so there is no need to worry about his future. The main focus that must be lived now is to improve the speed with McLaren's new car.

"No, I didn't think about that at all. I mean, if I wear a team hat, or run the business of running a team, what McLaren is doing to keep Norris is a good maneuver," Ricciardo said in an interview with local media.

Related Posts:  Yamaha admits it has accepted the departure of Valentino Rossi

Ricciardo also did not deny that Norris did have a good performance in the 2021 F1 season. Norris earned even more points than him and was younger. Not surprisingly, McLaren fenced him off with a long-term contract so as not to be taken by another factory team.

"Not only has he been able to deliver great performances last season, to be honest, Norris has done really well in Formula 1. Apart from performances, he also really loves this team and feels McLaren is his home. So I think it's good for him and his future as well. in front of McLaren," said the driver from the Kangaroo Country.