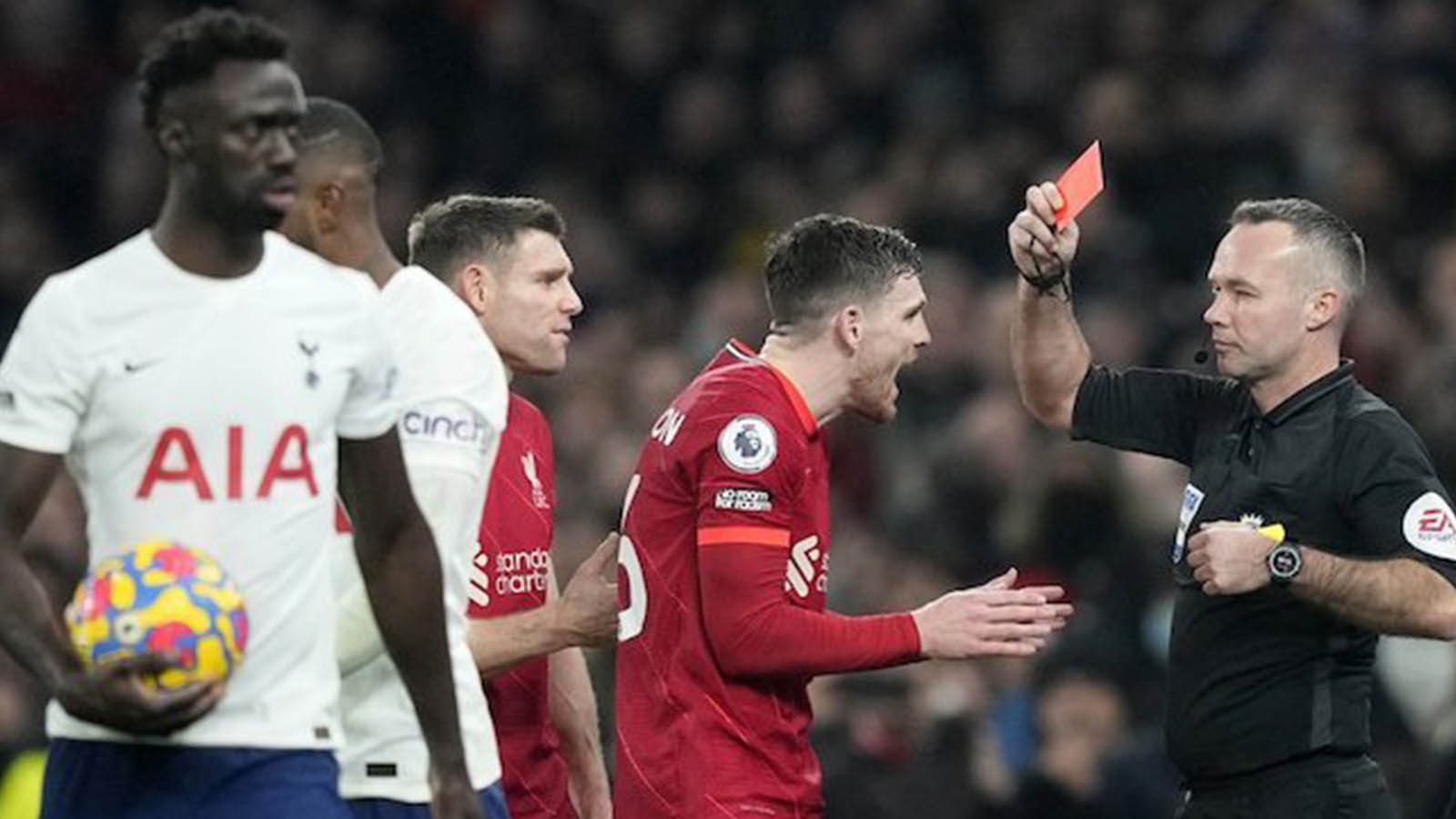 More dangerous fouls, why Harry Kane only got a yellow card, Robertson was red?

Liverpool only can take home one point from Tottenham Hotspur Stadium after the two teams drew 2-2 in 2x45 minutes.

After falling behind to Harry Kane's goal, Liverpool took the lead through the action of Diogo Jota and Andy Robertson before being equalized by Son Heung-min.

The referee for this match, Paul Tierney, was in the spotlight with a number of controversial decisions he made, one of which was when he only gave Kane a yellow card for a foul on Robertson.

"If Harry Kane's strike on Andy Robertson wasn't a red card then I'm not sure what it was. The tackle was high, above the ankle, the button was visible and it was too late. It didn't look good from any angle," Clattenburg wrote in his column in the Daily Mail.

"Andy Robertson saw the lunge coming from Harry Kane. He knew if he left his foot planted there was a good chance he would be carried out of the stadium on a stretcher and spend Christmas in boots."

"By jumping out of the way, Robertson avoided serious injury. Kane got away with a lunge when referee Paul Tierney only showed a yellow card, with VAR Chris Kavanagh deciding it wasn't a clear foul. I would have given Kane a red card."

Furthermore, Clattenburg also commented on the incident when Robertson was given a red card by Tierney for a violation of Emerson Royal.

"It deserved a red card, but then Kane's recklessness at the start of the game was worse. Where's the consistency?" surprised Clattenburg.

"How could VAR tell Tierney to look into this incident but not one involving Kane?" he said.