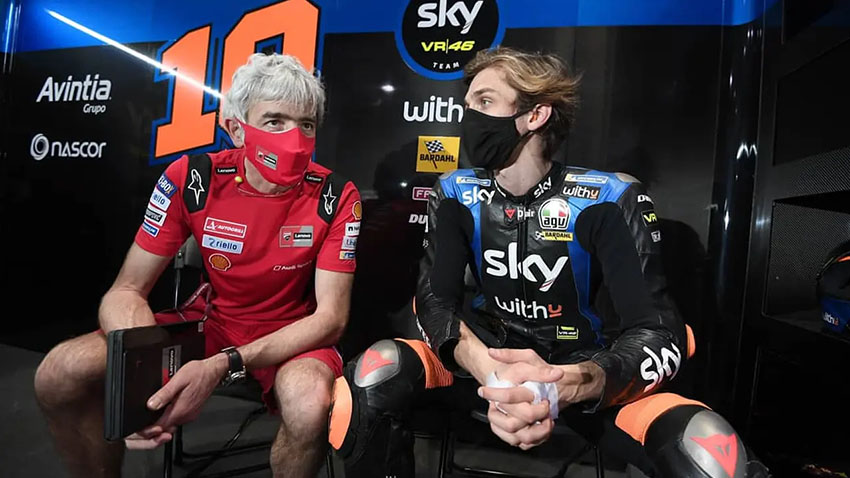 MDP Live - Valentino Rossi's racing team in Moto2 and MotoGP, VR46 Sky Racing finally got a new sponsor for the 2022 race. VR46 has forgotten about the failure to recruit sponsors from Saudi Arabia because now a new sponsor Mooney has arrived.

Mooney will be the main sponsor of Rossi's racing team. Mooney is a financial company engaged in payments.

Mooney is not only the main sponsor of The Doctor's racing team in MotoGP, but also Moto2. This means Mooney also supports all the drivers, namely Luca Marini and Marco Bezzechi (MotoGP) and Celestino Vietti and Niccolo Antonelli (Moto2).

"According to the agreement, our new team will be named Mooney VR46 Racing Team and will be used throughout the team image (including motorcycles and racer outfits) as well as all communications. Further information will be provided on January 3rd," read a statement from VR46.

The certainty of sponsorship from Mooney confirmed that Saudi Arabia's oil sponsor, Aramco, would not support Rossi's racing team. Although it was announced last April, Tanal Entertainment Sport and Media with Saudi Aramco canceled their attendance as main sponsors.

The cancellation of the deal with Aramco because of the attitude of Valentino Rossi. Initially Prince Abdulaziz bin Abdullah wanted Rossi to continue racing in 2022, but as is known Rossi chose to retire.

Initially it was suspected that Rossi did not get a sponsor when registering the team last November. But Mooney stepped in to save the team's finances.