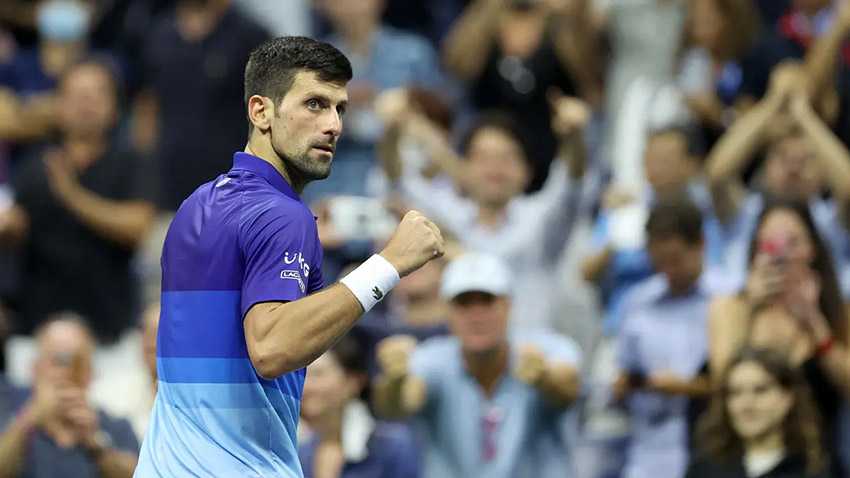 Novak Djokovic Detained by Immigration Ahead of the 2022 Australian Open

MDP Live - Tennis player Novak Djokovic became a byword in early 2022. The Serbian man stumbled into a problem when he was about to take part in the 2022 Australian Open Grand Slam. Djokovic had been detained by Australian immigration.

Novak Djokovic arrived in Australia on Wednesday (5/1/2022). The world number one claimed to have received a medical exemption permit from the Tennis Australia tournament organizer, and was followed up by the Australian Department of Home Affairs. This exception allows him to enter Australia even though he has not been vaccinated.

The man nicknamed the Joker has submitted ownership of the Australian Travel Declaration document to the Australian Border Force. But Djokovic was still barred from entering Australia by the country's border forces on Wednesday (5/1/2022).

Related Posts:  Rafael Nadal admits Melbourne final was one of the most emotional matches

Even Djokovic had to undergo immigration detention in Melbourne for four days before undergoing trial on Monday (10/1/2022).

An Australian federal court judge later ruled that Djokovic had not violated immigration rules. Djokovic was allowed to continue his journey in Australia.

Judge Anthony Kelly has overturned the Australian Government's decision to cancel Djokovic's visa and ordered the Serbian tennis star to be released within 30 minutes of the decision.

However, the problem does not seem to have ended here. According to a CNN report, there is still the possibility of Djokovic being deported from Australia. Australia's Immigration Minister Alex Hawke is said to be "monitoring the situation as it evolves".

Alex Hawke apparently has the personal power to cancel the Serbian star's visa despite his successful court case.