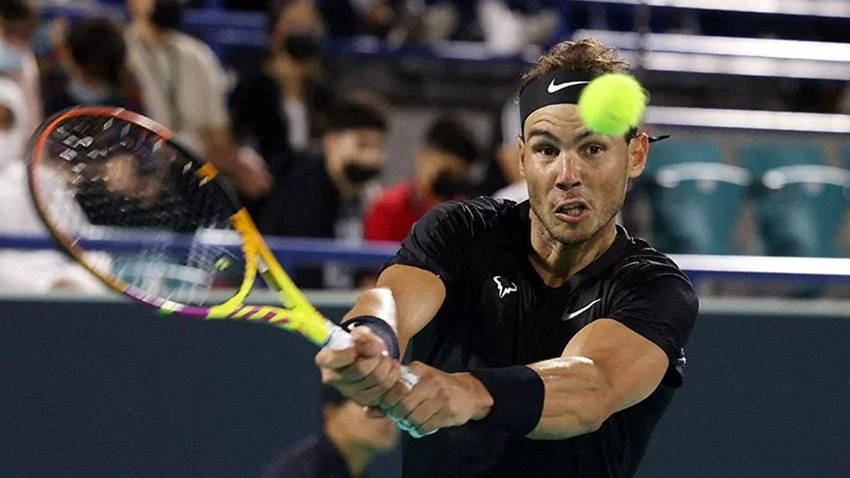 Organizers believe Nadal will attend Australian Open, Djokovic not sure

MDP Live - Australian Open chief organizer Craig Tiley is optimistic that Rafael Nadal will be at Melbourne Park for next month's Grand Slam despite testing positive for COVID-19, but he still doesn't believe Novak Djokovic will participate in the tournament.

Nadal tested positive for COVID-19 after playing in an exhibition tournament in Abu Dhabi last week and said he would make a decision about the Grand Slam tournament depending on his condition in the coming weeks.

"I'm sure Rafa will be here," Tiley said of the 20-time Grand Slam champion's arrival at Melbourne Park.

"Players who test positive will now complete a period of time until they are no longer contagious and they will be fine. If you are going to test positive and you want to play in the Australian Open, your time is now."

Tiley confirmed that all players and staff at the Australian Open would be vaccinated or subject to medical exemptions granted by an independent panel of experts.

That requirement has kept Djokovic, who has refused to disclose if he has been vaccinated for privacy reasons, from confirming whether he will claim his 21st Grand Slam title and 10th Australian Open crown next month.

Tiley said as far as he was concerned, no player had been granted a medical exemption, and Djokovic would reveal his reasons for coming to Australia.

"If Novak shows up at the Australian Open he will be vaccinated or he will get a medical exemption," Tiley said.

"Medically, he hasn't discussed it with anyone. I won't ask Novak that, it's none of my business.

"I would know that (he met) one of those conditions," he added.

Tiley said if the world number one was to play for Serbia at the ATP Cup in Sydney in the first week of January, then he would arrive with the first stage players next week.

"We want to have the best players here, I want Novak here," said Tiley.

"If he meets those requirements then great, if not, it's disappointing."

Tiley also announced that former US Open champion Sam Stosur and his Australian counterparts Daria Saville and Maddy Inglis have been awarded wildcards for the women's singles event in the January 17-30 tournament.