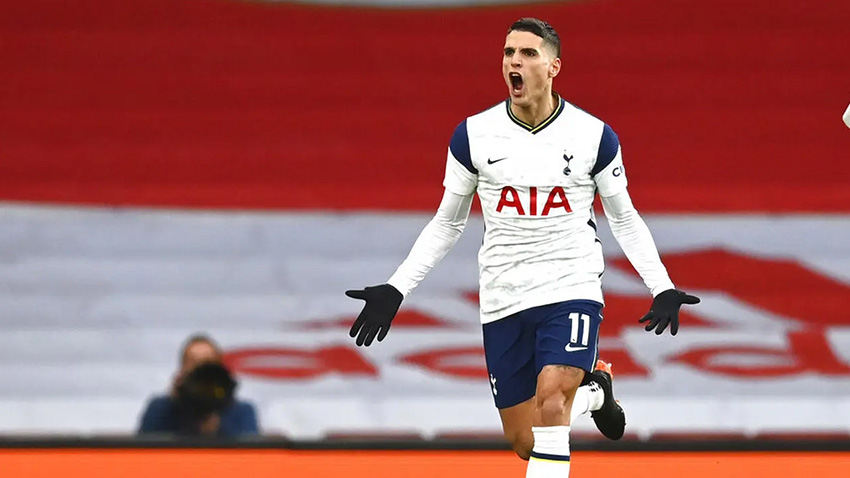 MDP Live - Tottenham Hotspur midfielder Erik Lamela received the Puskas Award for his goal against Arsenal. Lamela's goal was voted the best goal at the 2021 FIFA The Best Awards.

Lamela scored the goal during the match against Arsenal last March. At that time, the match took place at Arsenal's headquarters, Emirates Stadium.

Lamela used the rabona technique to score the goal. Rabona is a technique of kicking the ball by crossing the kicking leg behind the foot that is used for footing.

Lamela's rabona kick curled into the bottom left corner of the Arsenal goal. Unfortunately, Tottenham still lost 1-2 in the match despite winning first through Lamela's goal.

For Tottenham, this is the second time their players have received the Puskas Award. Previously there was Son Heung Min who received this award through his goal against Burnley.

On the other hand, Bayern Munich's Robert Lewandowski was voted FIFA's player of the year 2021.

Lewy-Lewandowski's nickname- beat his competitors such as Cristiano Ronaldo and Lionel Messi. This success made up for the failure of Lewy who lost in the competition for the Ballon d'Or title.

Yes, previously Lewandowski had to admit the superiority of Messi who won his seventh Ballon d'Or title. In fact, many people prefer Lewandowski.