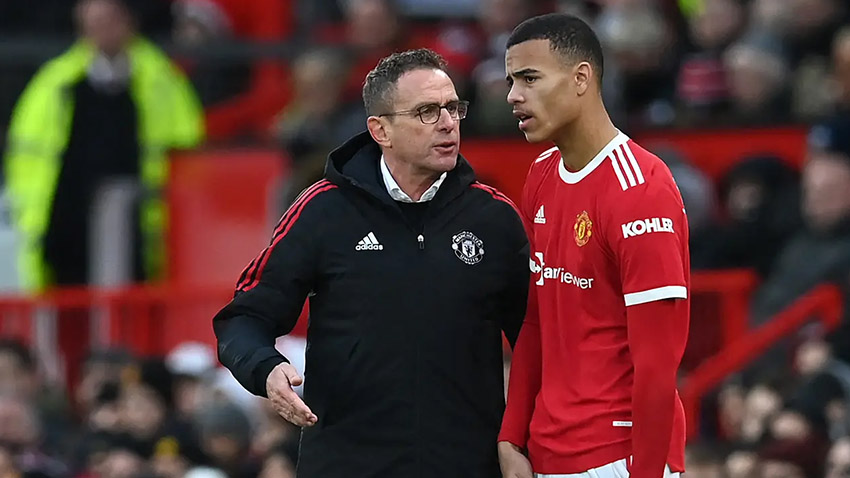 Rangnick wants the squad to be stronger, this is the main requirement for new MU players

MDP Live - Manchester United or MU currently has a swell squad. However, the Premier League club will remain in the market looking for a new midfielder.

United interim manager Ralf Rangnick is only interested in signing high-quality players for his team if they decide to sign in the January transfer window.

Rangnick has used 23 senior players in his first two games as coach. And, United still have Raphael Varane, Edinson Cavani, Paul Pogba and Anthony Martial who have just returned from injury.

MU failed to trim their squad that swelled in the summer. But now Pogba, Cavani, Jesse Lingard and Juan Mata are out of contract at the end of the season and Martial's agent says the Frenchman wants to leave next month.

United, on the other hand, are aiming to sign a midfielder next year, having explored options in the summer. However, they still emphasize spending because of the size of the squad.

"If it's a midfielder or whatever it is, it needs to be a player that really helps us to get better."

"And on the other hand if we want him in the summer, he should also be an available player for similar conditions in the winter, then maybe it makes sense to discuss it and think about it. But only then, if the two things come together."

"It needs the right mentality, not just the right quality. We also need, especially for this competitive league, to have the best mentality."

"They have to be mature enough, have a winning mentality. For me, mentality is even more important than any league in the world."

Previously, Rangnick is now trying to change the MU squad by targeting a number of big players. According to The Athletic, the 63-year-old tactician has a list of five players to sign for the summer of 2022.

One of the positions that Ralf Rangnick needs to strengthen is the attack line. Because, the Red Devils will lose two of their attackers, namely Anthony Martial and Edinson Cavani in the upcoming transfer window.

The 20-time Premier League champions have been linked with Erling Haaland. However, the Norwegian striker is one of the most sought-after players, such as Manchester City, Chelsea and Real Madrid.