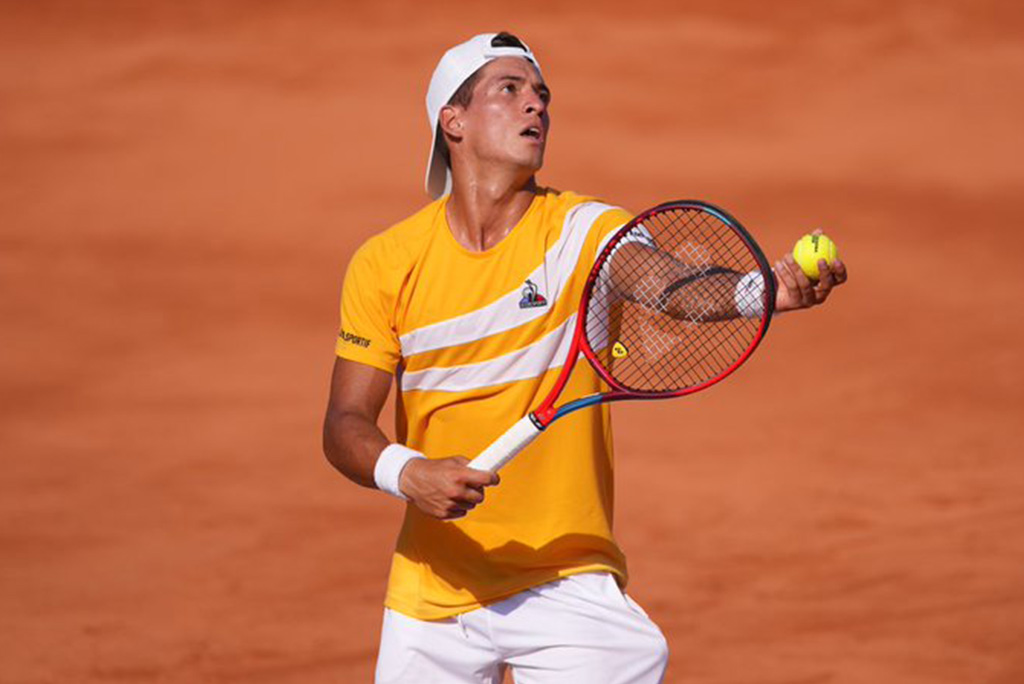 MDP Live - Can this week's host, Sebastian Baez hit the ground running and win the first ATP tournament title of his career at the 2022 Cordoba Open?

The hosts certainly showed determination at the Cordoba Open after he dropped the first set before knocking out third seed Cristian Garin 4-6, 6-1, 6-1, a win that sent him into the quarter-finals.

"I think in the first set I had a lot of chances and I might feel a little bit more nervous than Garin," admitted Baez.

"After that, I tried to stay calm, tried to play better. I think I can do it. For that reason, a positive result for me this time.”

The world number 77 showed his competitive spirit at Milan's Next Gen ATP Finals last season when he reached the semifinals. He put in that form once again at Cancha Central, including breaking Chilean Garin on eight occasions.

"I'm trying to concentrate. I try to focus on every point," said Baez.

In the quarter-finals of the Cordoba Open, Baez will face Chilean qualifier Alejandro Tabilo who beat Spain's Carlos Taberner 6-2, 6-4.

Related Posts:  Raducanu advances to the second round of the Washington Open

In other action, fourth seed Lorenzo Sonego also qualified for the quarter-finals of the Cordoba Open with a 4-6, 7-6, 6-2 victory over Spain's Roberto Carballes Baena.

"I had to change something in my game, because I felt confident in the second set and I tried to be more aggressive than the first," said Sonego, who won 83 percent of his first serve points.

“Everything is quite good. I won the game and I feel good about it."

Sixth seed Ramos Vinolas was leading 6-4, 2-3 when his Peruvian opponent Juan Pablo Varillas was forced to withdraw from the second set with an ankle injury.

"I played him in Rio and lost to him," Sonego said of Ramos Vinolas.

"He's a great player with a lot of experience and it's going to be a tough match for sure."