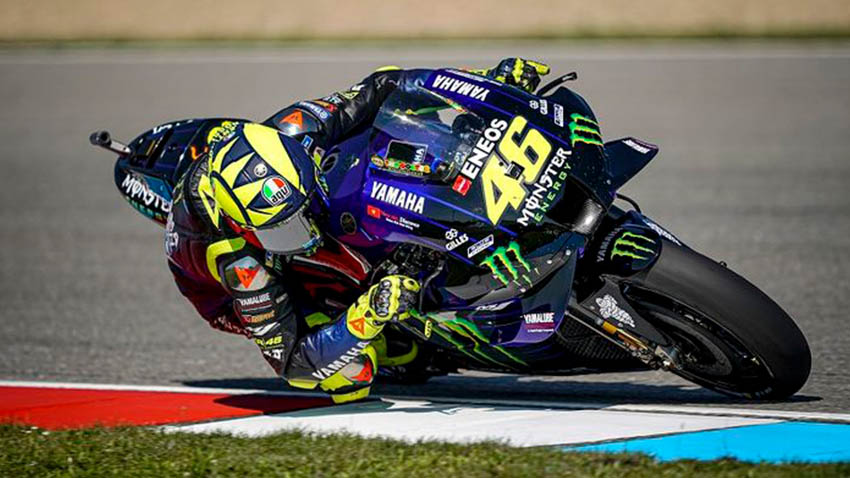 Yamaha admits it has accepted the departure of Valentino Rossi

MDP Live - Yamaha boss, Lin Jarvis, revealed that his team had accepted the departure of Valentino Rossi and were ready to face the 2022 season without the presence of the legend.

In the 2022 season, for the first time the motorcycle racing world championship will not be followed by Valentino Rossi. During his 26-year career, the Italian has also inspired many people to become a successful racer like himself.

However, there are concerns that MotoGP will lose its appeal as Rossi disappears from the grid. Although in the last two years the man nicknamed The Doctor has not been seen in the competition in the front row.

Even so, his loyal fans still thronged the circuit stands and always hoped the racing legend could rise to the top of the podium before retiring.

Yamaha, the last manufacturer that Rossi defended, believes the MotoGP championship will remain interesting to watch because the new generation is able to show its great potential.

“There are legends, but this sport is always evolving. There is always a young talent rising," said Yamaha boss Lin Jarvis, quoted from Motorsport.com.

“In Formula 1 there are legends and then there is the next generation. In Formula 1 many great young drivers are rising to the championship. We have Ayrton Senna, then Michael Schumacher."

“Recently, there is Lewis Hamilton's dominance, where before Sebastian Vettel. The young racers are a lot of fun. They are very fast. Thanks to Max Verstappen, the color orange will carry the sport of racing into the future,” he continued.

Related Posts:  Danilo Petrucci Confesses How Unappreciated He Is in MotoGP

"That will also happen in MotoGP. There have been great fights in all classes this year. This sport will continue to grow,” said Jarvis.

"After Senna's golden age and the tragedy of the accidents he experienced, Formula 1 still has Schumacher who makes the championship interesting," he explained.

Valentino Rossi is not only a great asset for the MotoGP event as a whole, but the 42-year-old man has also brought luck to Yamaha.

Joining in 2004, he managed to make history by winning his first race using a YZR-M1 motorbike. Rossi also managed to prove that he was able to beat Honda, which was the strongest manufacturer at that time.

“We worked with Valentino for 16 years and witnessed the peak of his career. We recognize the value he brings to this sport. But he has also become an icon for our brand and is respected."

“We want to carry this connection into the future. We have all benefited from the growing popularity in this sport through him. However, all sports thrive. We've seen it in skiing, tennis and Formula 1."