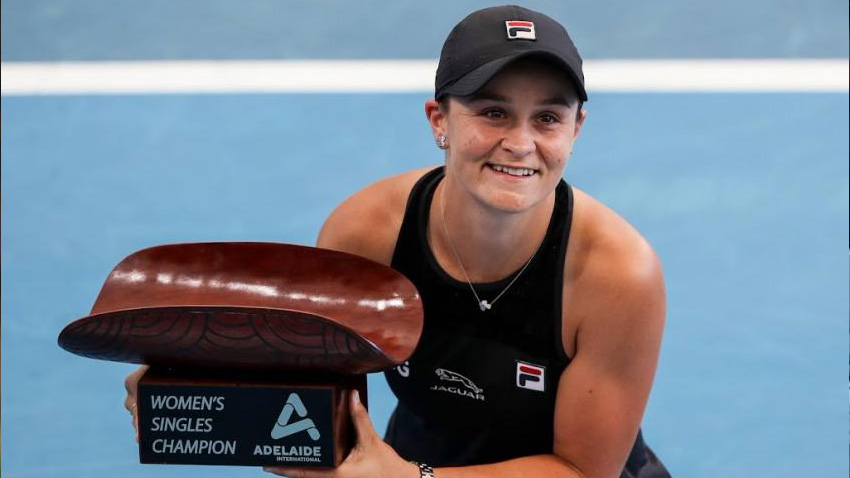 MDP Live - For the third time in her career, world number 1 Ashleigh Barty became champion at home when she won the 2022 Adelaide International title.

The first seed had little to do with thrashing seventh seed Elena Rybakina in the Adelaide International final 6-3, 6-2, her second title in Adelaide in three seasons.

The two players were evenly matched in the first six games, but the flow of the match quickly changed direction after the home player kept her serve at 3-3. After coming back from 15/40, the first seed snatched seven games in a row and won his 14th career WTA singles tournament title in 64 minutes.

"We've definitely had an amazing week, could have played better every game," said Barty.

"I'm getting better and better. I feel today (9/1) there were some key moments at the start of the first set for me to gain momentum. I was really happy to be able to get some break opportunities early in the second set and move forward after that.”

With the win over Kazakhstan's Rybakina, now the world number 1 has won 17 of the last 18 matches against the top 20 and is 2-0 down against Rybakina. He has also won 21 of his last 24 matches in Australia.

Related Posts:  Dominic Thiem's ​​participation in the Cordoba Open in doubt due to this

Against Rybakina, the host player only lost 13 points in nine service games and produced 17 winners by making 13 unforced errors.

"I feel like maybe throughout the week my serve is my go-to weapon," added Barty. "I felt I was struggling a bit with my rhythm at the start of the week and I can move forward getting better and better. Playing some games without getting broken is a really good thing.”

“I feel as primed for the Australian Open as I have been every season. Each preparation is unique and different. So we're doing it from what's come and going, going forward, trying and doing the best we can at every opportunity, whether here in Adelaide or in Melbourne."

"It doesn't matter at all the way I prepare or the way I think just because it's a Grand Slam. It doesn't change us. We look forward to it, we do what we can do, then we'll see where we go."