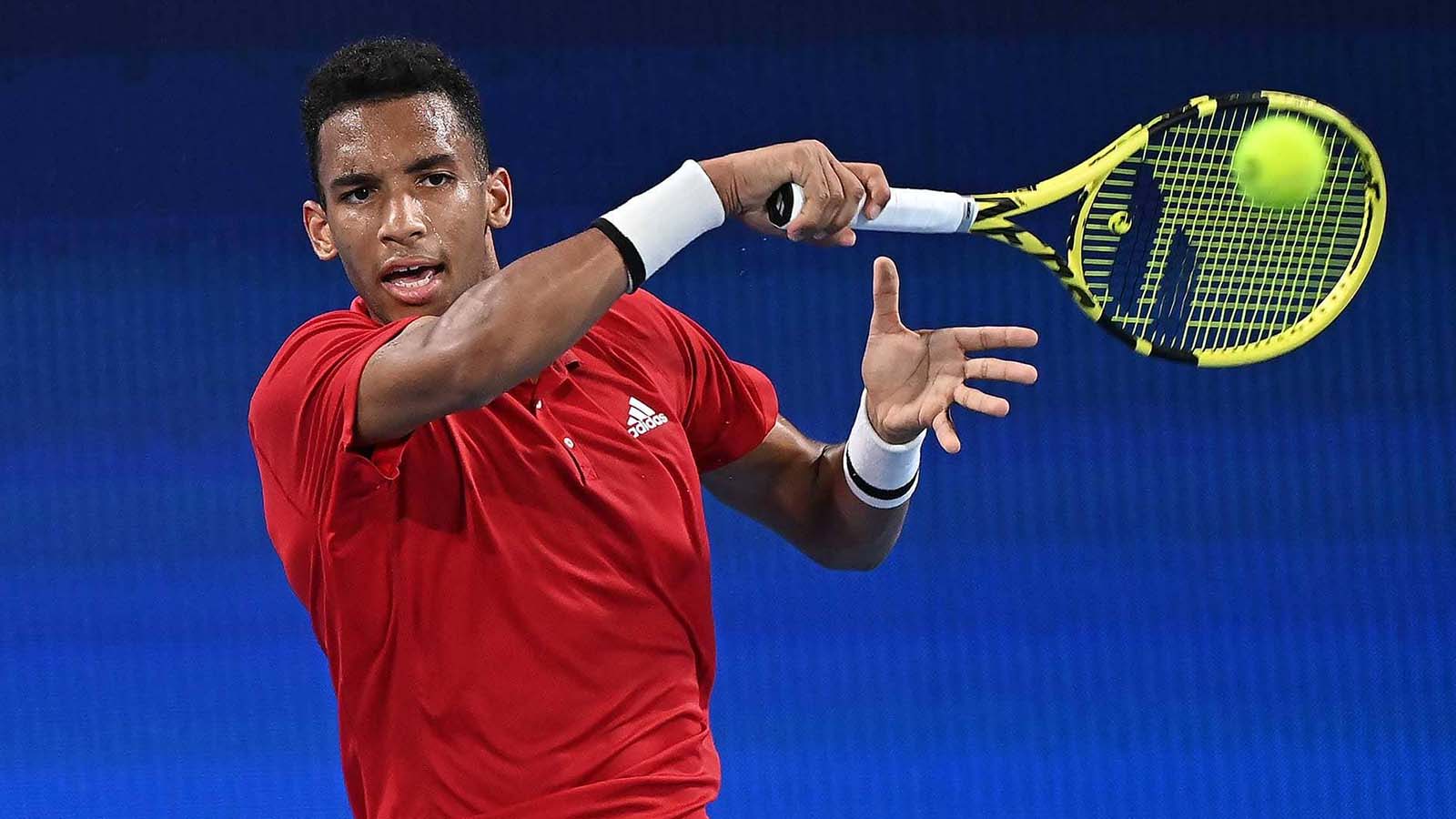 After England's 2-1 win over the US earlier at the Qudos Bank Arena, Canada knew a win over Germany would see them through to the semifinals of the 2022 ATP Cup season.

With the pressure all around, Auger Aliassime followed in Denis Shapovalov's winning footsteps by showing incredible tenacity against Tokyo Olympic gold medalist Zverev. With the win, Canada won 2-0 against Germany in Group C and will face defending champions Russia in this season's ATP Cup semifinals.

“It was incredible to beat Zverev,” Auger Aliassime exclaimed. “I played a stunning match. He's a great player and he's beaten me a few times before. So, I'm very happy to be able to complete my task today (6/1), especially for the team."

"We had a pretty tough start to the tournament a few days ago, so to finish well and make it to the semi-finals feels really special. The atmosphere is also amazing, that's why we compete."

In an entertaining match, the 21-year-old bounced back after wasting four break point opportunities at 3-3 in the second set before winning the match after 2 hours 32 minutes.

Related Posts:  Dayana Yastremska of Ukraine has reached the quarter-finals of the Lyon Open

World number 12 Auger Aliassime was impressive with his serve throughout the match, including winning 76 percent of his first serve points. He maintained a high and consistent level of play in a fierce decider before going 2-4 in head to head against Zverev.

For the first time, Canada has reached the semifinals of the men's team competition. Another semifinal will bring together Poland and Spain.

In the previous match, Shapovalov gave Canada hope with a 7-6, 4-6, 6-3 win over Jan Lennard Struff.

"It's great to be back and competing," said Shapovalov. "We got a golden opportunity. There is a lot waiting for us, but we are fighting and we have fought every game. Felix inspired us in the previous games and we are just trying to give everything we can for Canada."

The match between Canada and Germany was completed when German duo Kevin Krawietz and Tim Puetz beat Steven Diez and Brayden Schnur 6-3, 6-4.