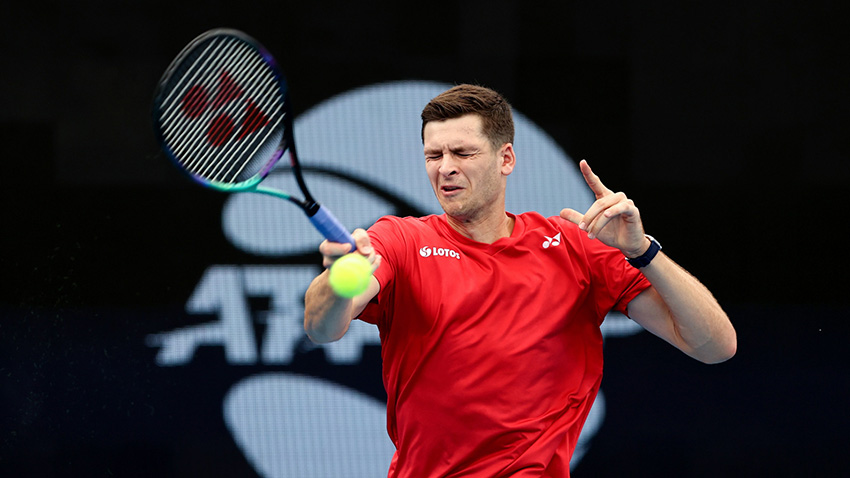 MDP Live - Hubert Hurkacz avoided a bitter defeat on day three of the 2022 ATP Cup season and led his country to a second win in the team competition.

Knowing the previous night that he would be playing Georgian world number 571 Aleksandre Metreveli instead of world number 22 Nikoloz Basilashvili, the Pole had to reset his game and he needed time to adjust.

The 2021 Miami Open champion had to lose the first set against Metreveli before coming back with more stability and winning 6-7, 6-3, 6-1.

"He played well in the first set and things didn't go my way. But I'm getting better in every set and feel good about getting the win," Hurkacz said.

“The conditions are different from the first match at the Qudos Bank Arena. The ball bounced a little higher and faster. So, I have to adapt. But having the Polish audience here cheering us on is really helpful. They are amazing.”

Poland can book a place in the 2022 ATP Cup semifinals if they beat Argentina in the final group stage match.

Related Posts:  Not Sitting During the Australian Open, This Is Danielle Rose Collins' Reason

In the previous game, Kamil Majchrzak gave Poland a convincing start when he lost just two of my games against Aleksandre Bakshi at Ken Rosewall Arena. World number 117 Majchrzak was too tough for world number 974 Bakshi to win 6-1, 6-1 in just 53 minutes.

"I tried to move Bakshi and I think that was the key to this match," said Majchrzak.

Coached by former world number 7 Sweden, Joakim Nystorm, Majchrzak added. "He gives me a lot of confidence and composure in my game, so I can feel that I have improved. We worked on all aspects of my game, but not to the point of interfering with my baseline game. We'll take it from training to actual games, but it takes time."

Poland did not let Georgia win a single point after their mainstay duo, Szymon Walkow and Jan Zienlinski overthrew Bakshi and Metreveli 6-7, 6-2, 10-6.