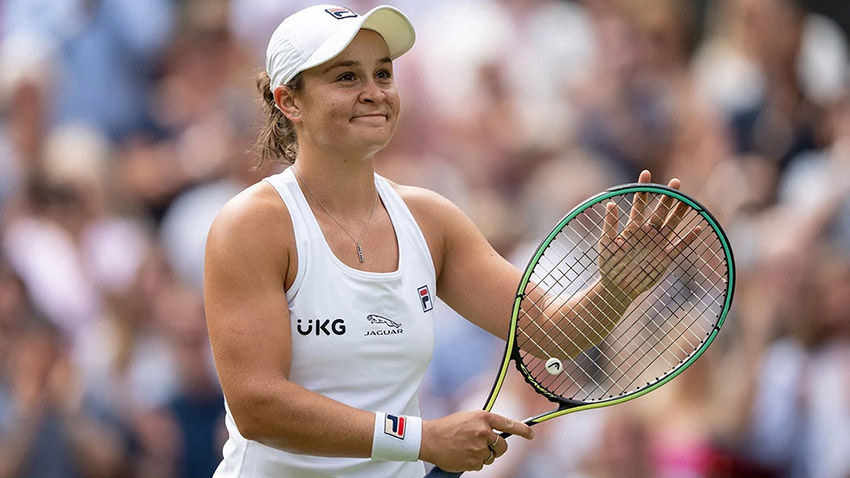 MDP Live - World number 1 Ashleigh Barty has booked a place in the Australian Open quarter-finals for the fourth time in a row.

The top seed's previous encounter with Anisimova was in the semifinals of the 2019 French Open which she won in three sets. At that time, she went down the first set after leading 5-0, but came back from 0-3 to win the second set and eventually won the match before winning the first Grand Slam title of her career.

However, there was no repeat of that when they met again in the fourth round of the 2022 Australian Open, although world number 60 Anisimova managed to break the world number 1's winning streak in retaining 63 service games at the start of the second set.

"It doesn't bother me too much. To be honest, I didn't count how many games I kept in a row or not. The fact that I was able to rise up, instantly retaliating against it by breaking it was the really important thing. Just resetting myself, getting back on track, and continuing to do the right things," Barty said.

Related Posts:  Novak Djokovic did not become number one after being beaten by Jiri Vesely in the quarter-finals of the Dubai Tennis Championships

"In that game, Amanda saw some second serves she was able to anticipate and she also had some impressive first serve returns."

Standing between Barty and a place in the Australian Open semifinals is Anisimova's compatriot and 21st seed, Jessica Pegula.

“Pegula was able to defend in the baseline area very well. It will be a challenge for me to try and push him behind the baseline and make him uncomfortable,” commented Barty, who has not dropped a set until the fourth round of the Australian Open this season.

"But I knew he would do the same there and try to make me uncomfortable. That is the game of chess we will play. You go on the pitch and have fun, see who can execute the game better."