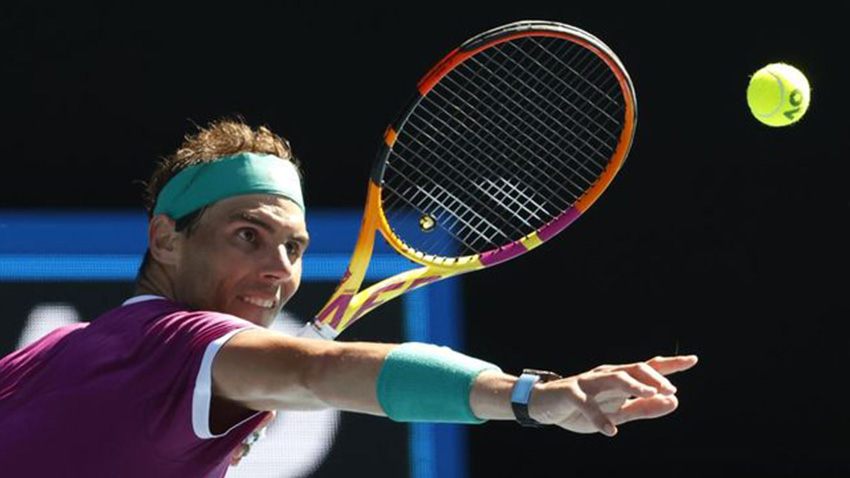 MDP Live - Rafael Nadal held on after dropping the third set in the third round of the Australian Open so he maintained a perfect start to the 2022 season.

The former world number 1 found the answer to overcoming 28th seed Karen Khachanov to win 6-3, 6-2, 3-6, 6-1, a victory that took her into the fourth round of the Australian Open for the 15th time.

Prior to January, the Spaniard had not competed since appearing in Washington in August last season due to a foot injury. But going into the 2022 season, he is playing like he hasn't walked away from the tournament and with a win over Russian Khachanov he is now 6-0 in 2022.

"It's been a very special week for me, to be back. Every time I get to play here it feels really special. Tonight (21/1) I played against a great player and a good friend in the tournament. It's my best player since I came back, without a doubt," said Nadal.

The tennis player, who won her 89th career title in the Melbourne Summer Set earlier this month, dropped just one point from her serve in the first set against Khachanov before picking up victory in 2 hours 50 minutes at Rod Laver Arena.

The tennis player seeking a second Australian Open title of her career hit 39 winners and made 30 unforced errors en route to dominating head to head against Khachanov by 8-0.

Standing between sixth seed Nadal and a place in the Australian Open quarter-finals are 18th seed Aslan Karatsev or Frenchman Adrian Mannarino.

In other action, world number 3 Alexander Zverev is also unbeaten after he thrashed Radu Albot 6-3, 6-4, 6-4.

The two players have met before when Germany's Zverev won an epic five-set first round at the 2019 US Open, but he uses his weaponry to make a lethal impact to ensure that he doesn't have to go through the marathons he had before.

The 2021 ATP Finals champion shot 16 aces and won 83 percent of points from his first serve to beat world number 124 Albot in 1 hour 57 minutes.

In the fourth round of the Australian Open, Zverev will duel against 14th seed Denis Shapovalov who knocked out American Reilly Opelka 7-6, 4-6, 6-3, 6-4.