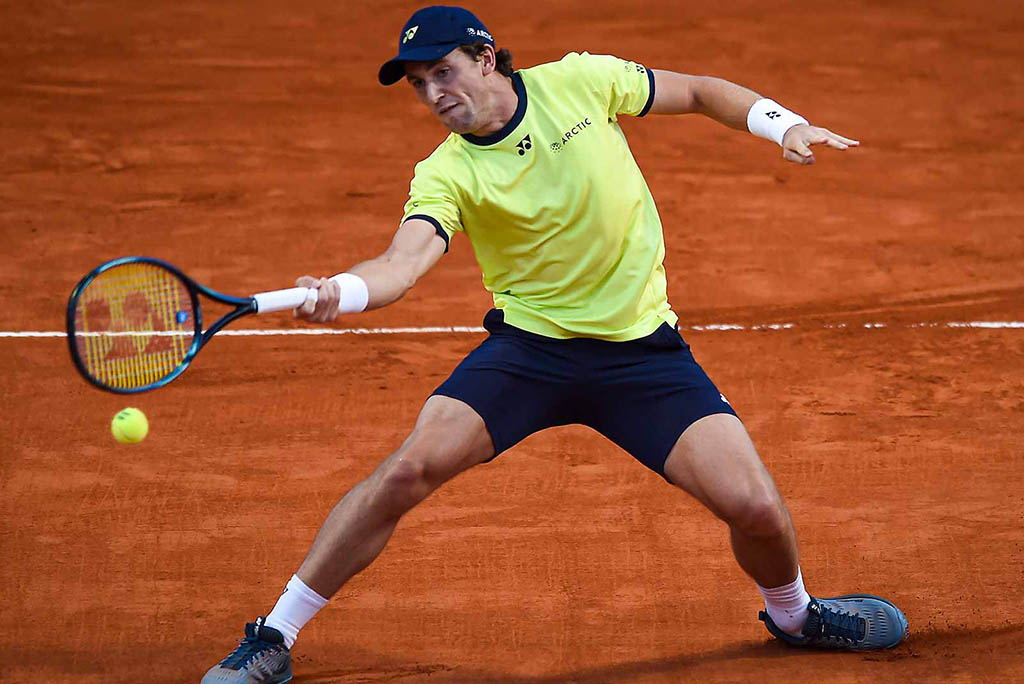 MDP Live - Casper Ruud has impressed again at the Argentina Open in Buenos Aires after an ankle injury forced him to withdraw from the Australian Open at the start of the 2022 season.

In his first match since the ATP Cup, the 23-year-old beat Spaniard Roberto Carballes Baena 7-6, 6-3 at the Argentina Open.

The Norwegian won the ATP tournament title for the first time as the eighth seed at the 2020 Argentina Open and this season she arrived in Buenos Aires as the world number 8 player.

The first seed maintained a perfect 6-0 record in Buenos Aires with a win over Carballes Baena.

"That's a positive start. For the first time in six months playing on clay, so everything feels a little new again," said Ruud.

"Of course I prefer to play on clay, but it takes a little time to get used to the court and play the points."

Now, with six titles in his trophy cabinet, including five won in the 2021 season, the Norwegian is looking to win a second Argentina Open title. He did not participate in last season's edition which was won by Diego Schwartzman, the second seed of the season.

“I, of course, feel really great in Buenos Aires. I'm a little nervous coming back here, because for the first time I have to defend the title," added Ruud.

"Everything feels a little different from two seasons ago. When I won here, it was a shock. I'm still quite young."

Next, Ruud will face Federico Coria in the quarter-finals, after the hosts fought their way to a 4-6, 7-5, 6-4 win over fifth seed Dusan Lajovic.

Coria trailed 3-5 in the second set, but he came back to win the last four games in front of his own crowd.

In the deciding set, Coria won 12 points in a row, bringing the 0-1 position to 3-1. From that position, he was unstoppable.

"I know Federico very well," said Ruud, who will play a rematch of the 2021 Swedish Open season won by the Norwegian.

"Last season we played in Bastad, so it was like my home and now we are playing here in Buenos Aires, so this is his home. That game will be quite difficult for me and I hope I can play a good game, and of course, once again feel the positive energy from the stadium."

Spain's Fernando Verdasco also had to come back after losing the first set before clinching a 2-6, 6-3, 7-5 victory over Brazilian Thiago Monteiro.

In the quarterfinals of the Argentina Open, Verdasco will duel against the third seed, Lorenzo Sonego who slaughtered the old tennis player, Sebastian Baez with 6-3, 6-3.