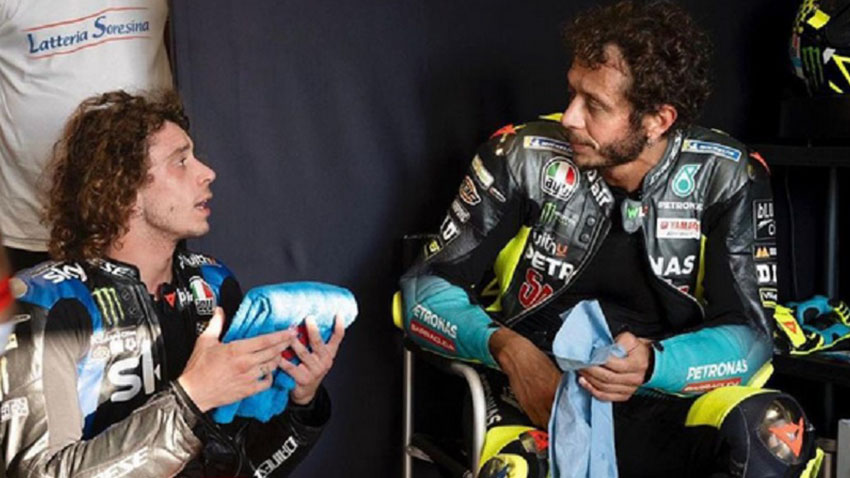 Debut in MotoGP 2022 with Team Valentino Rossi, Marco Bezzecchi Learns a lot from this figure

MDP Live - Mooney VR46 racer, Marco Bezzecchi, will make his debut in MotoGP in 2022. Defending the Valentino Rossi team, Marco Bezzecchi is ready to work optimally by learning a lot from his partner, Luca Marini.

Yes, Bezzecchi is a rookie racer for the Mooney VR46 team in MotoGP 2022. The 23-year-old racer is also a dropout from the VR46 academy.

In MotoGP 2022, he will partner with his old partner, namely Marini, for the Mooney VR46. So, the relationship between the two is no longer in doubt.

Bezzecchi also admits that he has a good relationship with Marini. On the other hand, he also revealed that when the VR46 members appointed him to appear in MotoGP, it was a difficult moment in his career.

“I have a fantastic relationship with luca. He has been the best team-mate so far," said Bezzecchi, quoted from the Twitter account Mooney VR46, Wednesday (12/1/2022).

“The people at VR46 put their trust in me. It was one of the most difficult moments in my career."

However, Bezzecchi was ready to give his best. Appearing as a rookie, Bezzecchi admitted that he would learn a lot from Marini. Given, he had tasted first how hard the competition in MotoGP.

"Luca is a strong rider and I can learn a lot from him," concluded Bezzecchi.