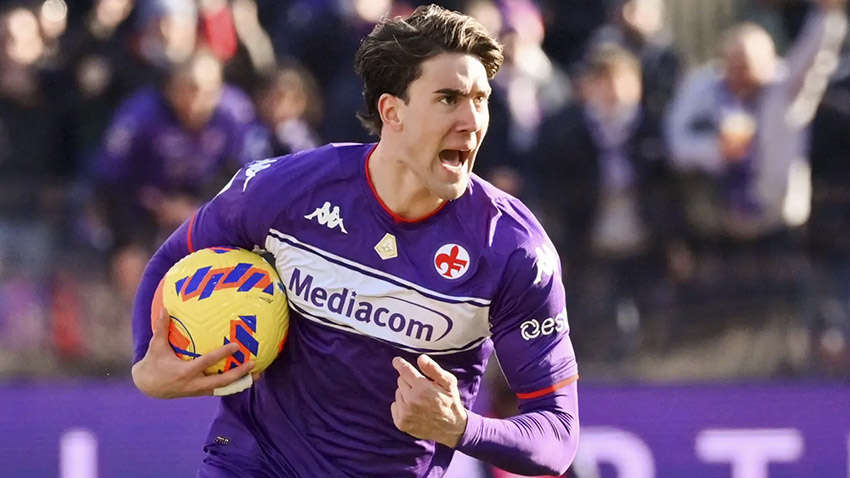 Reporting from Metro, the 21-year-old is the Gunners' main target in the January transfer window. Arsenal were even willing to bid 50 million pounds (approximately Rp971 billion) plus Lucas Torreira to secure the services of Vlahovic.

However, the club managed by Mikel Arteta never received a response. Fiorentina is also still keeping the player's decision regarding his future a secret.

According to La Repubblica, Vlahovic does aspire to leave for the Premier League. However, Arsenal is not the main goal of the Serbian national team player.

Dusan Vlahovic is claimed to be more interested in joining Pep Guardiola's squad. At the same time, The Citizens also reportedly often monitor the situation of this former Partizan player.

Vlahovic is a striker who is on the rise in the European football scene. Launching the Mirror, the Fiorentina player managed to score 20 goals from 23 matches in all competitions this season.

He also managed to collect seven goals in 14 senior appearances at international level, and won the Serie A Young Player of the Year award last season. No wonder Vlahovic is the target of a number of top clubs in the transfer market.

In addition to Arsenal, Juventus also began to participate in the hunt for Vlahovic's signature. The Serie A giants have reportedly offered 70 million euros, or the equivalent of approximately IDR 1.1 trillion, to La Viola.

Juventus is considered to be a potential destination club for the 21-year-old player. The reason is, the Old Lady is willing to offer a significant increase in Vlahovic's current contract.

Vlahovic has just 18 months remaining on his contract at the Artemio Franchi. No wonder Fiorentina are starting to think about the player's future which is still gray.

Fiorentina director Joe Barone did not deny that a number of Premier League clubs had been in contact with Vlahovic. However, there is no definite agreement regarding this matter.

"Several English clubs have been in contact, but there is no agreement yet. We are open (to sell Vlahovic), but there will be no deal, unless he agrees," Barone told La Nazione, as reported by Metro.