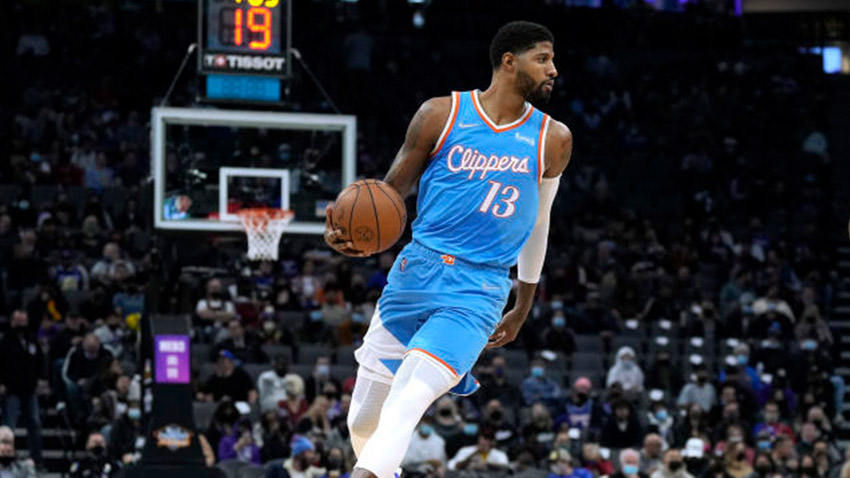 MDP Live - Los Angeles Clippers basketball player, Paul George, had to accept the harsh reality where he had to be sidelined for a long time due to an elbow injury. Not yet known, how long George can return to play on the field.

According to a report from Adrian Wojnarowski as a well-known reporter for ESPN, Paul George was diagnosed with a torn UCL (Ulnar Collateral Ligament) injury in his right elbow. Given that there is a torn ligament, of course the recovery process that George has to undergo will take a lot of time. For now, the team of doctors will evaluate George in the next month.

After a month, George will be checked again and ascertained whether he can return to play in the near future or not. Worst case scenario, George could miss the rest of the NBA this season if the injury is more severe than expected.

This news is clearly a crushing blow for the Los Angeles Clippers. Tyronn Lue's team will stumble when George is left. How not, George is the Clippers' most fertile player this season. The player who is familiar with the nickname PG13 is able to score an average of 25 points and 7 rebounds per game.

Apart from losing George, the Clippers also cannot be strengthened by Kawhi Leonard because he has not yet recovered from his knee injury. Like it or not, Lue must take advantage of the remaining players to appear solid for the rest of the season. Possibly, they will rely on other players such as Luke Kennard, Reggie Jackson, or Marcus Morris.