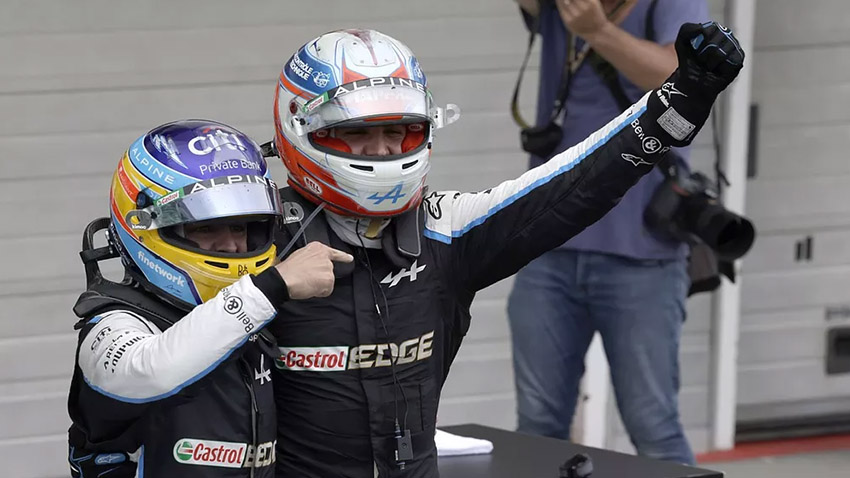 Alonso made his second Formula 1 debut with Alpine last season after a two-year absence from jet racing.

The man from Spain was in tandem with the young driver, who had also been an F1 driver by driving a Mercedes-engined car.

Ocon said after his win in Hungary, concerns about the potential problems he could face with Alonso in the team proved unfounded.

The French driver said he was very comfortable with the two-time F1 world champion, as he told Motorsport.com about their collaboration.

"He is a great racer and very fast. He's the fastest team-mate I've had so far," said Ocon.

“I am very happy to be working with him, but I have also learned a lot from him. I feel Fernando's way of thinking is out of the ordinary, which some other drivers don't think about.

“It pushes the limits of strategy on how we can optimize everything, so in that respect, for sure I have learned a lot.

"Likewise in the race, I feel I have gained a lot from him, seeing the first laps. It's something I've always done.

"I always followed what he was doing and towards the end of the season. I always get a good position and do a great first lap.

"So, I think it's an advantage to be able to work with a legend like him."

Alonso also praised Ocon after a season working together, saying the 25-year-old's pace helped him to find his best again.

Alonso may have a seven-point lead over Ocon in the standings at the end of the season, but they have an equal number in qualifying.

"I did put him as a reference at the start of the year, and I'm happy to see that I matched him in terms of pace and we pushed each other," said Spaniard.

"In the end, it gave the team as much as we could. We also often extract everything from the packages we have. So, that's great.”