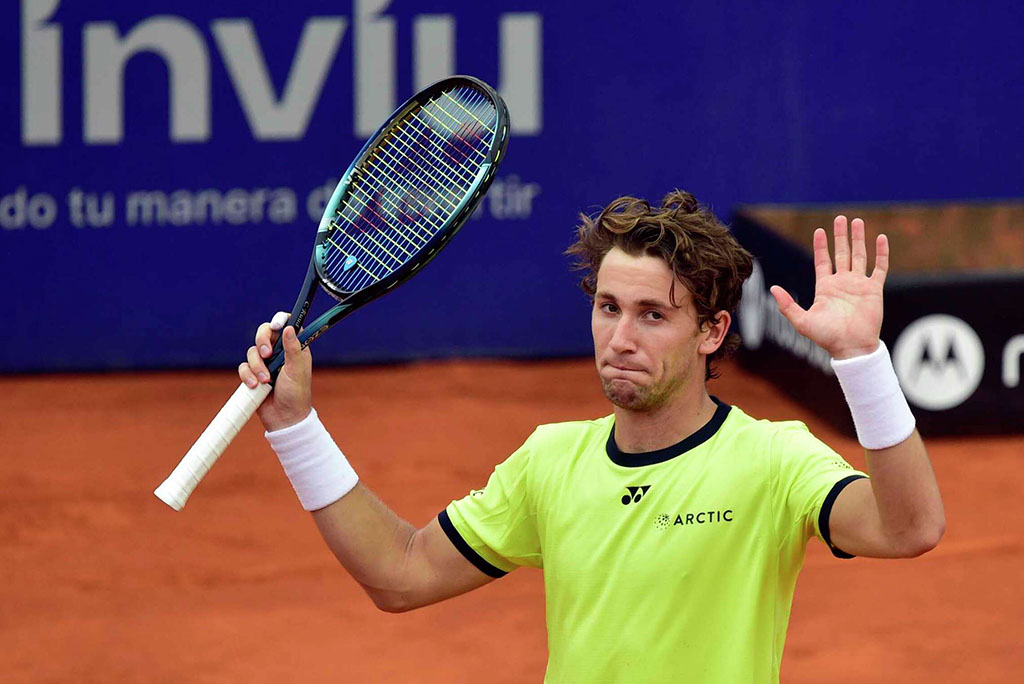 MDP Live - Norwegian Casper Ruud has quickly adapted to clay in the 2022 season after advancing to the Argentina Open final in Buenos Aires.

The world number 8 showed an amazing performance when he defeated the host, Federico Delbonis 6-3, 6-3 in the semifinals of the Argentina Open. He passed it in 1 hour 39 minutes to record 8-0 at the ATP level 250 tournament.

The Norwegian feels she has been building momentum well at the Argentina Open after she has not dropped a set.

“I think I played my best match of the tournament this time around, so it felt really good. It gives me confidence for the next match," said Ruud.

"I knew it was going to be a tough match against Delbonis, he always plays well on clay and hits hard. I think we played pretty much the same style and I stepped up my game when I had to and played really solid throughout the game."

With the result, the head to head of both players is now 1-1, but the Norwegian has come a long way since she lost to Delbonis in Sao Paulo in 2017. She is now a player who has claimed six titles.

Related Posts:  Rafael Nadal admits Melbourne final was one of the most emotional matches

Delbonis also reached the semifinals of the 2018 Argentina Open, but he looked like he couldn't get any better than this achievement after the first seed had impressed throughout the match.

Waiting for Ruud in the final is the defending champion and host favorite, Diego Schwartzman, who fought his way out to beat the Italian, Lorenzo Sonego 7-5, 3-6, 6-2.

"I think the crowd will cheer on the Argentines, of course, that's normal, but they have also been fair to me and when we have had good rallies they applaud both players."

Schwartzman took almost 3 hours to beat Sonego, his second win of the day. He booked a place in the semifinals of the Argentina Open after finishing the previous day's rain-delayed match against compatriot Francisco Cerundolo.

“I feel very happy to be back in the final again. I feel very confident here. Sometimes I have to run for 3 hours to win, but that's okay. I'm just focused on winning and that's the important thing," said Schwartzman.