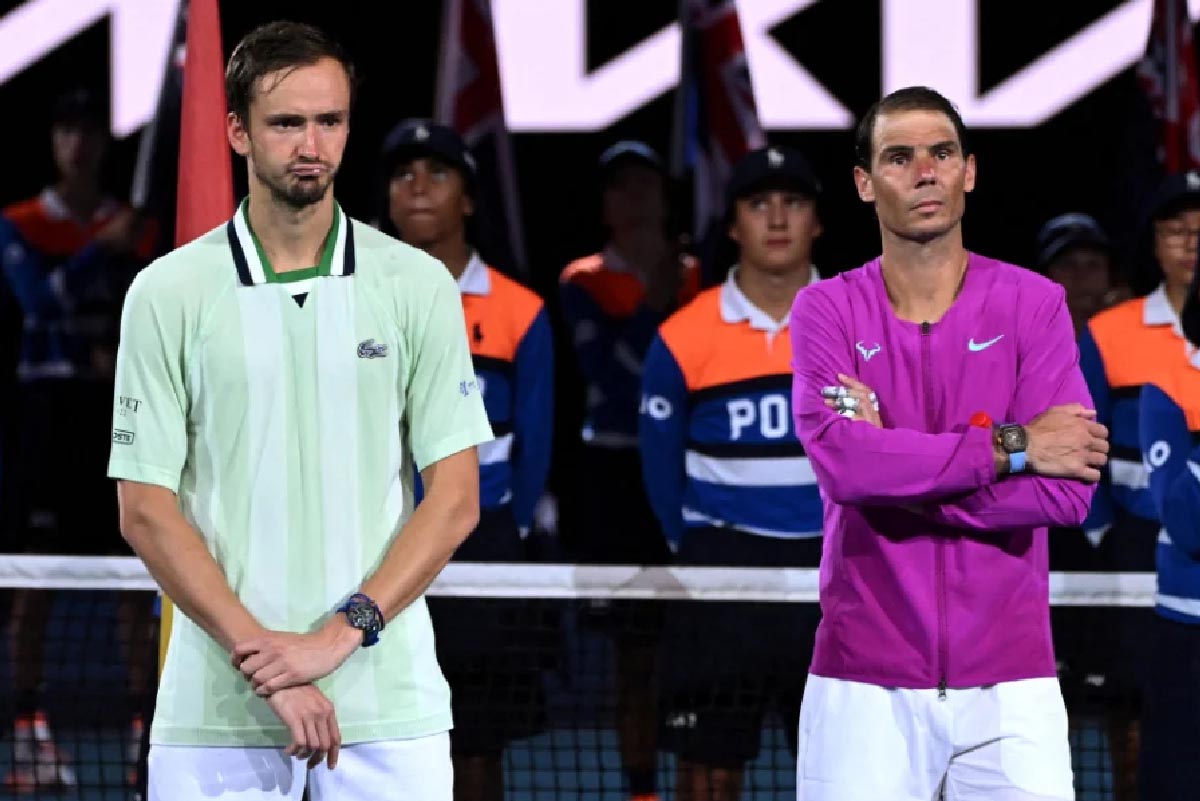 For Rafael Nadal, Daniil Medvedev doesn't need advice because of this

The former world number 1 won the Australian Open in Melbourne in the first month since he returned to compete for the first time at an ATP tournament in six months.

In an epic match that lasted 5 hours and 30 minutes against world number 2 Daniil Medvedev, the 2009 Australian Open champion finally won and he did something no other male player has ever achieved, namely to win a Grand Slam title for the 21st time.

On the other hand, the Russian national tennis player, Medvedev expressed his frustration with the result of the match, as well as to the audience. At the end of the final, he talks about how things went downhill and mentions how losing to Nadal was one of those moments when a child, who refers to himself, stops dreaming.

Therefore, a journalist asked the Spaniard if he could give Medvedev any advice on the matter.

"I think he is quite intelligent," said Nadal. "He doesn't need any advice from me."

Then the former world number 1 praised the Russian national by praising his personality.

"Daniil is sometimes on the pitch so excited, but when you meet him in person, he's a very nice guy. He is a very intelligent man, a friendly man," Nadal added.

However, the Spaniard also expressed regret about how the match turned around and how it affected the 2021 US Open champions.

"On the one hand, I feel sorry that he feels that way, like this after the match," said the world number five. After all, it certainly doesn't feel good, "losing a match like that with almost everyone in the crowd cheering your opponent."

While the audience at the 2022 Australian Open has clearly supported the Spaniard, he himself has no doubt that the crowd will soon be cheering Medvedev just as hard.

Talking about the future, the world number 5 said he believes the Russian will have "plenty of time to enjoy the amazing audience that supports him." In fact, he mentioned that the audience he meant was not only audiences in Australia, but also all over the world.

“He will experience this wonderful feeling. I have no doubts about it,” said Nadal about Medvedev who will get the support of audiences around the world.