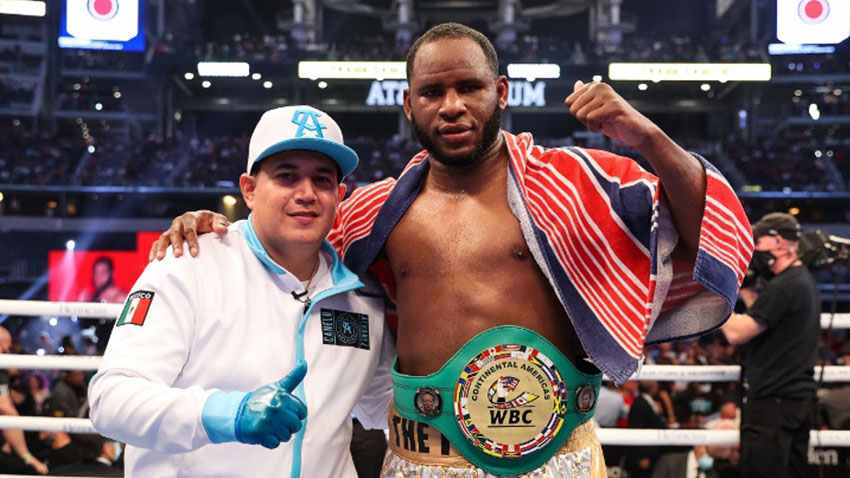 MDP Live - Cuban boxer Frank Sanchez has threatened to oust two heavyweight kings Tyson Fury and Oleksandr Usyk from his throne this year. Even Frank Sanchez dared to underestimate WBC heavyweight world champion Tyson Fury had no boxing skills and he would be easy to beat.

Frank Sanchez also boasted that he could easily beat WBA super heavyweight champion, IBF, WBO Oleksandr Usyk. Frank Sanchez, nicknamed The Cuban Flash, is indeed on the rise after winning an absolute victory over veteran Christian Hammer. The victory made Sanchez extend his impressive record to 20-0.

Frank Sanchez has vowed to dethrone WBC king Tyson Fury if given the chance to fight in the ring this year. "I knocked him down easily. He doesn't have boxing skills," Frank Sanchez said.

In addition to Tyson Fury, Frank Sanchez has openly said he could easily beat the WBA super heavyweight champion, IBF, WBO Oleksandr Usyk. Sanchez, who was coached by Eddy Reynoso, considers Usyk no heavier than Fury. “Even easier. Usyk has movement, but he doesn't have the technique I do," he said.

Sanchez's confidence is bolstered by gym mate and pound-for-pound king Saul Canelo Alvarez, who is ringside for his regular wins over the Hammers. The four-class world champion told George Ebro: ''He's going to be world champion. He will sweep everyone in the heavyweight division because he has a special talent," said Canelo.

Related Posts:  For the sake of pigeons, Mike Tyson is willing to lose his girlfriend and fight with the cleaners

Sanchez said of the Mexican cheering him on. "I'm very motivated by seeing Canelo support me at the ringside. This should be a definitive year for my dream to become world champion,''said Sanchez optimistically.

"This is a formidable opponent but my dominance in the ring and my skills are too much for him and it will belong to whoever gets in my way."

Sanchez is enjoying every minute of his training alongside the undisputed king of super middleweights. He also learned about the mentality of being a world champion. “Canelo is an extraordinary stud. He is very serious and has great respect for me and his work ethic. The biggest lesson I learned from him was the fact that it doesn't matter whether you're training or in the ring, that you have to be serious about your craft, that you have to follow it with passion.”