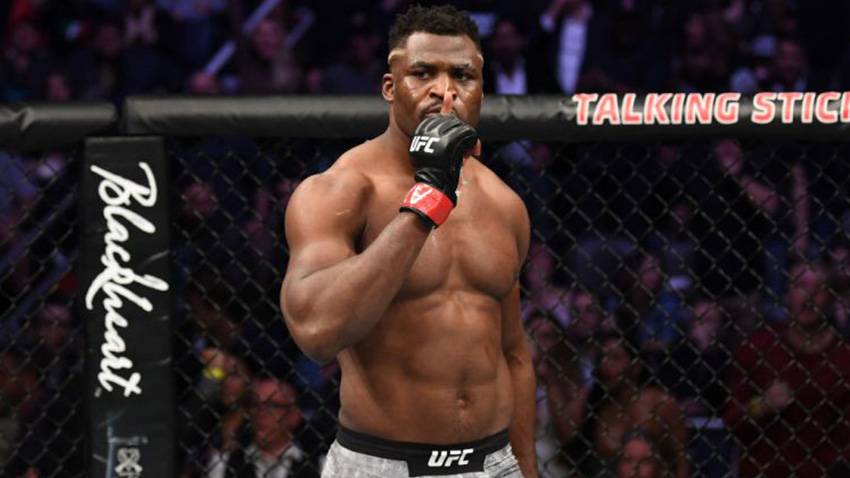 Get to know Francis Ngannou, Owner of the Gledek Blow at UFC

MDP Live - The name Francis Ngannou in the UFC heavyweight is very feared because he is difficult to beat and has a hard punch.

The name Francis Ngannou is currently making a scene in the UFC heavyweight division, following his prowess because he is hard to beat. The latest is Ciryl Gane who became a victim at UFC 270.

Competing at the Honda Center, Anaheim, California, United States, last Sunday (23/01/22), Ngannou started the first round with a hard punch in Gane's stomach and head.

But he managed to survive Ngannou's attack. Not only that, this heavyweight king also dominates the battle on the octagon.

Throughout the first round, Gane dodged several times and was pushed into the fence. In the second round, Ngannou appeared more and more pressing, but Gene made a mocking move.

When entering the third round, Gane attacked more by releasing kicks. After being able to be cornered throughout the first to third rounds, Gane was only able to appear attacking in the fourth round.

Entering the fifth round, Gane again pushed Ngannou with a series of aggressive kicks. Gane tries to heel hook, but Ngannou manages to dodge.

From the results of the calculations, Ngannou came out as the winner. The Cameroonian fighter is ahead of Gane with an absolute number of 48-47, 48-47, 49-46.

The name of Francis Ngannou is increasingly flying and is respected by many fighters in the UFC heavyweight division. The success of the 35-year-old man was certainly not easy to achieve.

His childhood had to be passed darkly. Ngannou was born and raised in the village of Batie, Cameroon. He grew up in poverty and did not receive a complete formal education, just to get food he needed to fight, let alone to get boxing training.

Ngannou is a living joke in his hometown and a victim of bullying, therefore he wants to be strong.

"I was the subject of shame, so I didn't want to be humiliated again," said Ngannou, quoted by Essentially Sports.

"That's why I decided to get up and do something to be appreciated and stand out from all the kids."

At that time, 13-year-old Ngannou decided to practice boxing to become stronger.

"When I met the sport of boxing, there was no gym and boxing place to practice. Then how do I do it," he said.

"I then decided to move to the city, pursuing my dream after several years of living in an incomplete village," Ngannou added.

Even so, the dark story has passed. Ngannou is currently at the peak of his career as the undisputed UFC heavyweight champion.