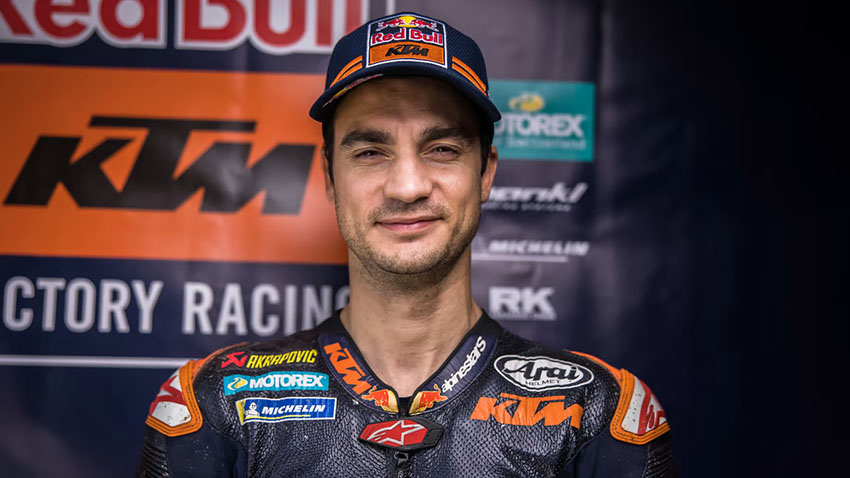 MDP Live - Honda is considered to have made a big mistake for letting Dani Pedrosa leave the Japanese manufacturer. Now he has become a creditworthy figure for KTM.

Honda did not approach Dani Pedrosa at all after the Spaniard decided to retire from the MotoGP championship. Not wanting to waste his talent in building motorcycles, KTM also made Pedrosa their test rider.

Evidently, the RC16 motorcycle has experienced a major improvement since being handled by the 36-year-old rider, although last year they did not show the desired performance.

Meanwhile, Honda was getting worse after Marc Marquez was absent for a long time due to a broken arm injury. This led to various criticisms, among them saying that the RC213V motorcycle was only made for the six-time MotoGP world champion, considering that only he could tame the Japanese manufacturer's motorbike.

"Last year it was clear, the developments were not going in the right direction, it was as if they ignored the signals they received from the track and from the riders themselves," Suppo said as quoted by Motorsport.com.

"Many mistakes have been made and I apologize because I am very close to Honda and its history is not questioned. For example, It was a mistake to let Dani Pedrosa go," he added.

"It shows that the development of the bike is going in a direction where only Marc can be strong on the RC213V," he continued.

Honda also reasoned that Michelin's rear tire allocation changes last year caused their bikes to not have good grip. However, Livio Suppo feels that the manufacturer with the single wing logo should really listen to input from other racers in developing the bike.

"They didn't have any preparation after losing Marc. I'm very sad that Honda has to fight like this now, because when I left the team after the 2017 season we were very strong, we were a reference for everyone," Suppo said.

"I hope Marc is well, because his contribution is very big, considering the results of the other Honda riders have not been good. It shows that the development of the bike may not be going in the right direction."