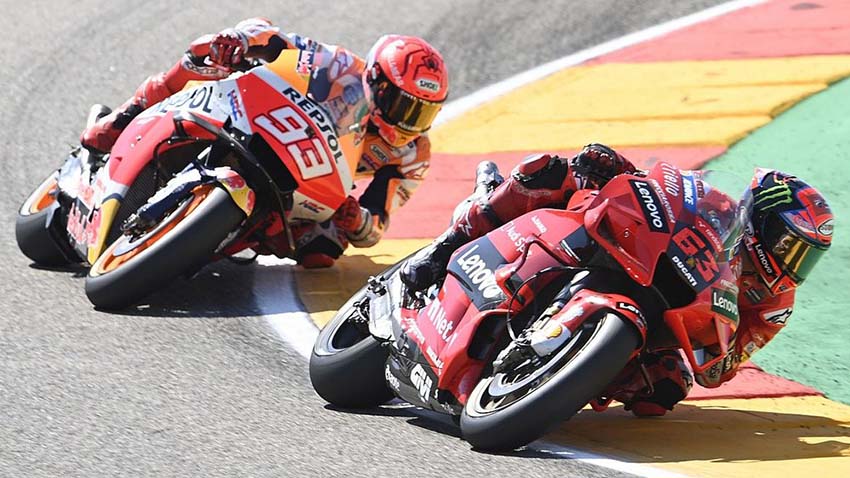 MDP Live - Repsol Honda manager, Alberto Puig, commented on the condition of Ducati being the favorite to win in MotoGP 2022. Puig doubts that this can be realized because Ducati is not the only favorite to win, but has always failed to meet these expectations.

As is known, Pecco - as Bagnaia is called - performed brilliantly under the auspices of the Ducati factory team in the 2021 season. He was in tight competition with Fabio Quartararo even though he finally had to give up the world title falling into the hands of the Monster Energy Yamaha racer.

Throughout last season, the Italian racer managed to collect 252 points. He was able to bag nine podiums, four of which resulted in victories and uniquely these four victories were obtained in the last six races of last season.

In addition, in the post-season test at Jerez some time ago, the Ducati Desmosedici 2022 bike also showed good performance although there are still a few problems that need to be resolved. However, Pecco looks quite satisfied so that he is optimistic that he can go fast next season.

Therefore, Pecco and his Ducati are very favored to become MotoGP 2022 champions. However, Puig predicts that this will not happen next season.

According to the Barcelona-born man, the Italian factory team has often been championed to win the world title. However, the prediction is always wrong and until now they have only won one title which Casey Stoner got in 2007.

"We need to clarify. Everyone says that Ducati is doing very well and it is true that their bike is doing well, but it is also true that they always end up not winning.

"Since Stoner won 2007 with Bridgestone, they've never won a championship. There was a lot of talk about Ducati, but they never won. Obviously they are a strong opponent but we will see next season."