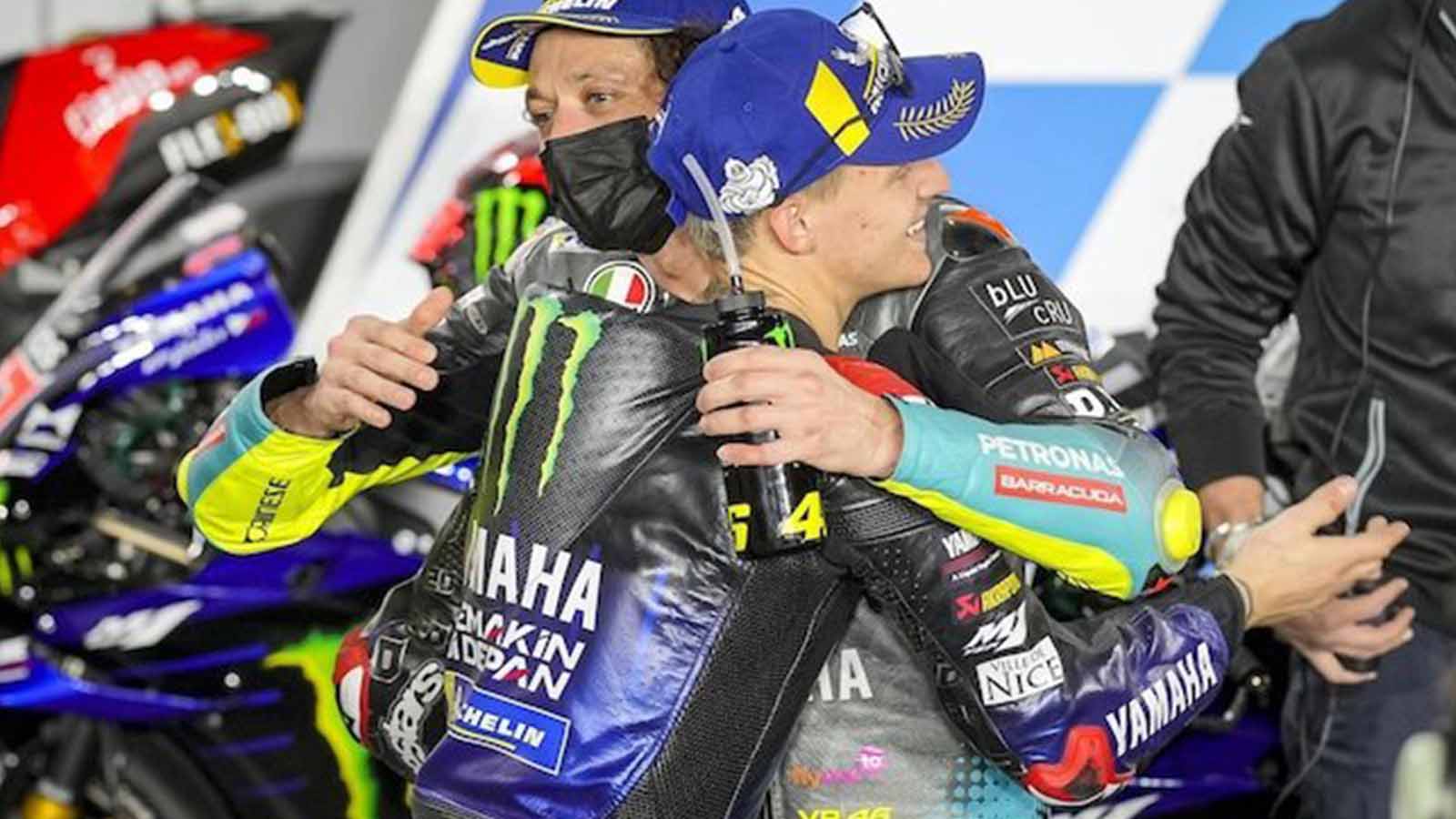 MDP Live - Monster Energy Yamaha MotoGP racer, Fabio Quartararo, has known Valentino Rossi personally for many years. However, through Solomoto, as quoted by Corsedimoto, Thursday (6/1/2022), El Diablo stated that he still felt nervous every time he chatted with The Doctor.

As is known, Quartararo has idolized Rossi since childhood. So, his dream of going to MotoGP in 2019 was realized in a much more special way, because when he made his debut at that time, Rossi was still actively racing. The two of them even got on the podium together at the MotoGP Andalusia 2020.

Quartararo even got a rare opportunity, taking over from Rossi's place in the factory Yamaha team. He did not waste this opportunity. Although a little burdened, he was finally able to follow in Rossi's footsteps to become world champion. Quartararo became the third Yamaha rider to win MotoGP, after Rossi and Jorge Lorenzo.

It's Still Hard to Believe Valentino Rossi Is Retired

Even so, Rossi decided to retire from MotoGP in mid-November 2021. Quartararo still can't believe that a motorcycle racer of Rossi's caliber will no longer be on the MotoGP tracks this season. According to this French rider, many people have to get used to watching races without Rossi.

"I still have a hard time believing that Vale will no longer be racing. Because when I wasn't born, he was already in the world championship. However, time is running out for everyone and it will end our careers in sport, and Vale's career has gone on for a long time. We have to thank him. for everything he does for MotoGP."

Quartararo also admitted that he was happy that he had a very good relationship with Rossi. When Quartararo's arm pump injury relapsed last year, Rossi also encouraged him. They even had a respect lap together in the Emilia Romagna Series, when Quartararo locked the 2021 MotoGP world title.

The 22-year-old rider admits that even though he has known Rossi for a long time, he can never get used to meeting The Doctor and always feels nervous. The reason is, Quartararo has never seen the nine-time world champion as a rival or enemy, but remains an idol, just like when he was a child.

"Vale is the only rider who even now, even though I have known him for many years, still has a certain effect on me when we meet. Because I still see him as an idol like when I was 4-5 years old. This is a beautiful thing Chatting with him is always special, especially when he invites me to The Ranch," he concluded.

Quartararo will return to the track in the Malaysian MotoGP pre-season trial at the Sepang Circuit on 5-6 February 2022. The next test will be held at the Mandalika Circuit, Indonesia, on 11-13 February.