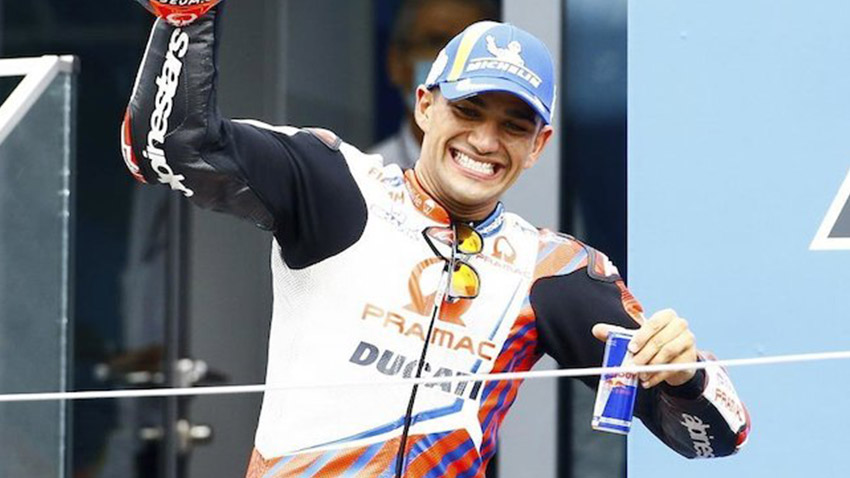 MDP Live - Pramac Racing racer, Jorge Martin, recently revealed the reasons why he immediately felt comfortable at Ducati even though he had only had one season in MotoGP. To Speedweek, Monday (12/20/2021), Martin admitted that the Italian way of working was more compatible with him who came from Spain.

During his career in Grand Prix, Martin worked with four manufacturers, namely Mahindra (India) and Honda (Japan) in Moto3, KTM (Austria) in Moto2, and Ducati (Italy) in MotoGP. He really understands how each manufacturer works and the philosophy, and admits that he is most comfortable with Ducati even though he won Moto3 2018 with Honda.

According to Martin, Ducati people are more tenacious in their work, and are very responsive in finding solutions when problems arise on their bikes. "I think the biggest difference from all the existing manufacturers is where the people come from. It all depends on whether they are from Japan, Italy or other countries," he said.

Call KTM Have a Mixed Mentality of Japan and Italy

"Defending different manufacturers feels different. However, it's nice to work with people in Italy. They are very fast, always have good solutions. Maybe not always okay, but always quick to find solutions. It's important to try things and be prepared for any situation," said Martin.

From his experience defending Honda, Martinator assessed that Japanese engineers and technicians always provide accurate problem solutions, but often take a long time to get them. He also saw the working philosophy of Honda and Ducati blend in at KTM, but said the Italian character was more suitable for him.

"Maybe it will be more difficult to work with the Japanese, because their way of working is slower, although the ideas are always good. KTM has a mixed mentality of both. However, the Italian style is more like the Spanish style, more 'southern', the people are very warm and it suits my personality," he said.

Satisfied with the Massive Support from Ducati

Martin is certain to stay at Pramac Racing in MotoGP 2022, and is now trying to win Jack Miller's seat on the Ducati Lenovo Team in 2023. The 23-year-old racer is also grateful to be back with the latest factory-spec motorcycle, the Desmosedici GP22. That way, he can maximize his potential.

"We have a factory spec bike. Maybe it's not 100% the same, because if the engine is faster it will be left to the factory team. However, the chassis, fairing and everything else is the same. I'm happy to defend Ducati because the support is amazing. Their factory pushed me a lot. go fast. I'm happy to stay with them next year, "he concluded.