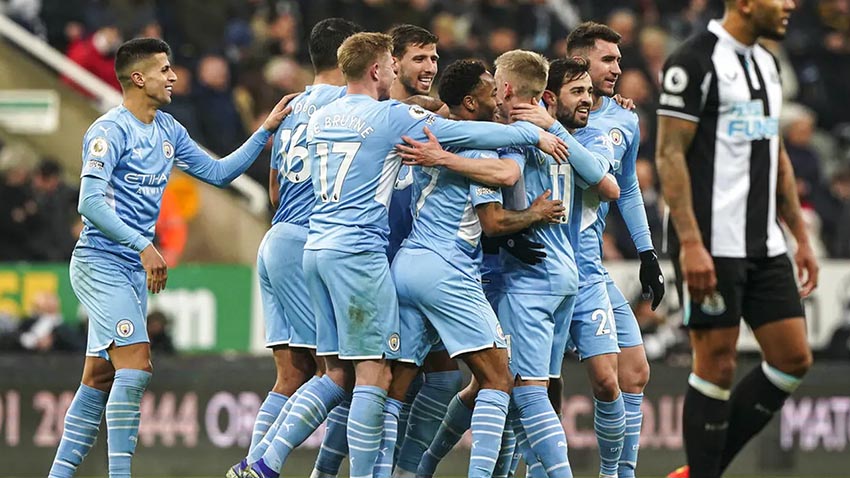 Manchester City Record Most Wins in the Premier League

MDP Live - Manchester City is increasingly showing its might in the competition for the Premier League title after winning a convincing victory over Newcastle with a score of four goals without reply last weekend (19/12/21).

In the match which was held at St James Park, City celebrated a goal against Newcastle through the action of Ruben Dias in the 5th minute, Joao Cancelo in the 27th minute, Riyad Mahrez (63 ') and Raheem Sterling who managed to close the party's goal in the evening. the 82nd minute.

The victory further strengthened The Citizens, the nickname of Manchester City at the top of the Premier League standings with a score of 44 points, three points ahead of Liverpool who were stuck 2-2 at Tottenham Hotspur headquarters on the same day.

This result also broke the new record for most wins in the history of the Premier League. The Citizens have recorded 34 wins from 42 matches in the Premier League in 2021, City are able to surpass Liverpool who had made it with 33 wins in 1982.

In addition, Manchester City also successfully recorded 106 goals in the league in 2021. The Citizens became the most productive team in a calendar year, as well as a new Premier League record since 1992.

Launching the Manchester City page, Pep Guardiola was satisfied with the results achieved by his foster children. Pep assesses his team performed extraordinary at the headquarters of Newcastle.

"(This is) a good result, extraordinary in a not-so-good performance. We were lucky to score early in the game," said Guardiola.

"The second goal, Joao's action was brilliant. It belongs to him, but the way we played in the first half was one of the worst this season."

"I understand we have to be a better team; the first half was very dangerous and every player lacked focus. But we got better in the second half," concluded the Citizens tactician.

Before closing 2021, Manchester City still have two more games in the Premier League. Pep Guradiola's men will face Leicester at the Etihad this weekend (26/12/21).

They will then have an away match against Brentford on Thursday 30 December 2021.