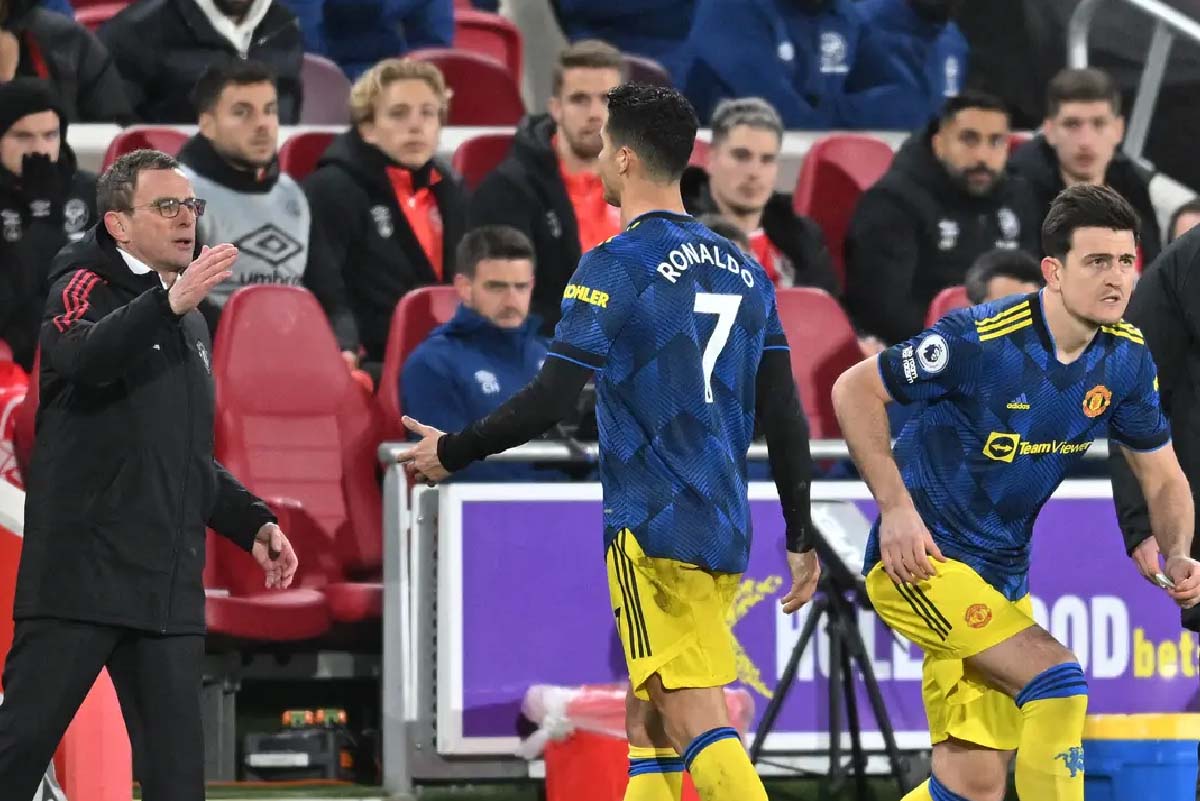 Manchester United Failed To Get To The Champions League, Ronaldo Asks His Agent To Immediately Decide On A New Club

MDP Live - Cristiano Ronaldo is rumored to be leaving United if the 20-times English champions fail to qualify for next season's Champions League. Ronaldo is also reportedly ready to find a new club.

According to El Nacional, the 36-year-old Manchester United player has asked his agent Jorge Mendes to determine which clubs are interested in his signature ahead of the 2022-23 season.

Ronaldo is said to be returning to Real Madrid this summer. The Portugal international rejoined United from Juventus last year.

Ronaldo has impressed for the Red Devils this season. He has scored 14 goals in 23 appearances in all competitions.

The report claims that Ronaldo would love to return to Madrid. He is desperate to win more trophies before the end of his career.

Ronaldo scored 450 goals and registered 132 assists in 438 appearances for Los Blancos between 2009 and 2018 before moving to Juventus.

Ronaldo, who is under contract at Old Trafford until June 2023, won two La Liga titles, two Copa del Rey crowns and four Champions League trophies during his time in the Spanish capital.

Paris Saint-Germain are also said to be keeping tabs on his development. Previously, this rich club had brought in another megastar Lionel Messi.

Previously, it was reported that Ronaldo was heavily criticized for his reaction when he was substituted by Harry Maguire in the match against Brentford in the Premier League. He was substituted in the 71st minute as Manchester United were 2-0 up.

Ronaldo was disappointed by the decision of United's interim manager Ralf Rangnick to pull him out. However, the German tactician considered Ronaldo's reaction to be normal.

"That's natural. A striker wants to score, but he's just returned from a minor injury and it's more important to remember that we have another game coming up," Rangnick told BT Sport.

The match, which was played at the Brentford Community Stadium, last Thursday (20/1/2022), was won by Manchester United with a score of 3-1. The three Red Devils goals were scored by Anthony Elanga, Mason Greenwood, and Marcus Rashford.

However, Ronaldo showed his best behavior when Man Utd faced West Ham United on Saturday, January 22. Not only that, he also played a role in Rashfrod's winning goal for the Red Devils.