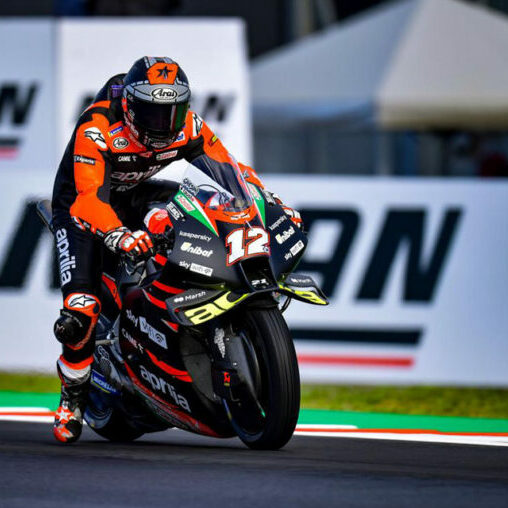 MDP Live - Aprilia's Maverick Vinales continues to work hard to understand the characteristics of the RS-GP bike. He knows that the adaptation process is still not perfect until now.

As is known, Maverick Vinales was recruited by Aprilia to advance the team's achievements. Unfortunately, the adaptation process of Vinales with Aprilia has not gone smoothly. In several races that were tried last year, Vinales struggled to find his best speed.

Aprilia as a team then worked hard to design a more competitive motorbike for the 2022 season. When the team had tried their best, of course Vinales didn't want to relax either. He knows he still has a lot of work to do in understanding motorcycles.

"To the Aprilia fans, I say that we are working very hard. Aprilia signed me for a certain reason and I am ready to speed. We are trying to complete the target that Aprilia fans want. I just say gas pol," said Vinales.

Vinales also said that he would like to take a reference from Aleix Espargaro who is more familiar with RS-GP motorcycles. However, Vinales stressed that he did not want to change his racing style like Espargaro. He will find a way to be competitive with his own racing style.

"I've known Aleix for a long time and we have different racing styles, he's 'on' the bike and I'm 'outside' the motorbike," said the rider who is typical with the nickname The Top Gun.