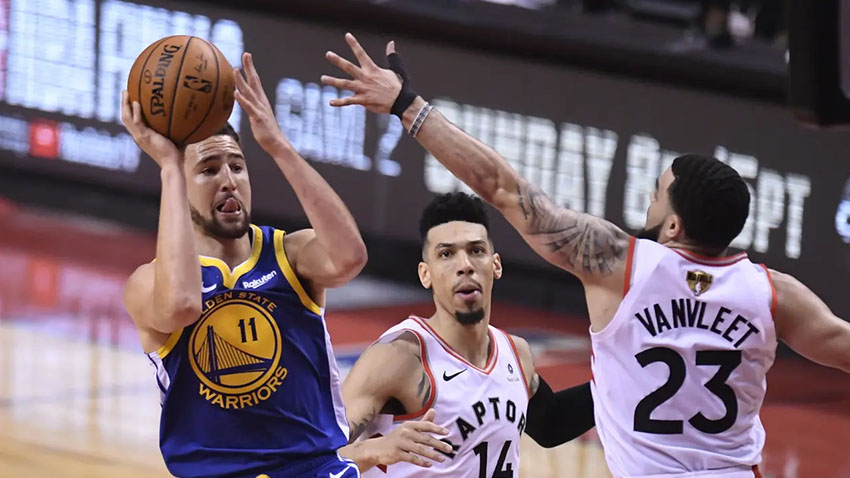 MDP Live - Good news for basketball and NBA lovers. Golden State Warriors shooting guard Klay Thompson will be back in action early next week. Thompson is expected to make a comeback against the Cleveland Cavaliers.

Thompson's return will occur on Monday (10/1/2022). This news was revealed by The Athletic. The match against the Cavaliers became Thompson's debut in the 2021/2022 NBA.

The 31-year-old has missed playing in the NBA for 31 months. Thompson was injured twice so badly that he had to be out for so long.

Thompson last played in the NBA with the Golden State Warriors in the sixth game of the 2019 NBA Finals against the Toronto Raptors, June 2019. He suffered an ACL injury to his left knee.

Unfortunately for Thompson, while training hard to return to play, an Achilles tendon injury hit him in November 2020.

Now Thompson is completely fit. He began full training at the end of 2021. Last month Thompson was placed in the Warriors' G League team, Santa Cruz.

Thompson has also played fully in the internal Warriors match to fill the void due to the game against the Denver Nuggets being postponed due to the Covid-19 case.

Thompson is known as one of the best shooters in the NBA. He has great ability to shoot three points.

His duet with Stephen Curry was so tripped up by Warriors fans. Many are looking forward to seeing the Splash Brothers return to action.