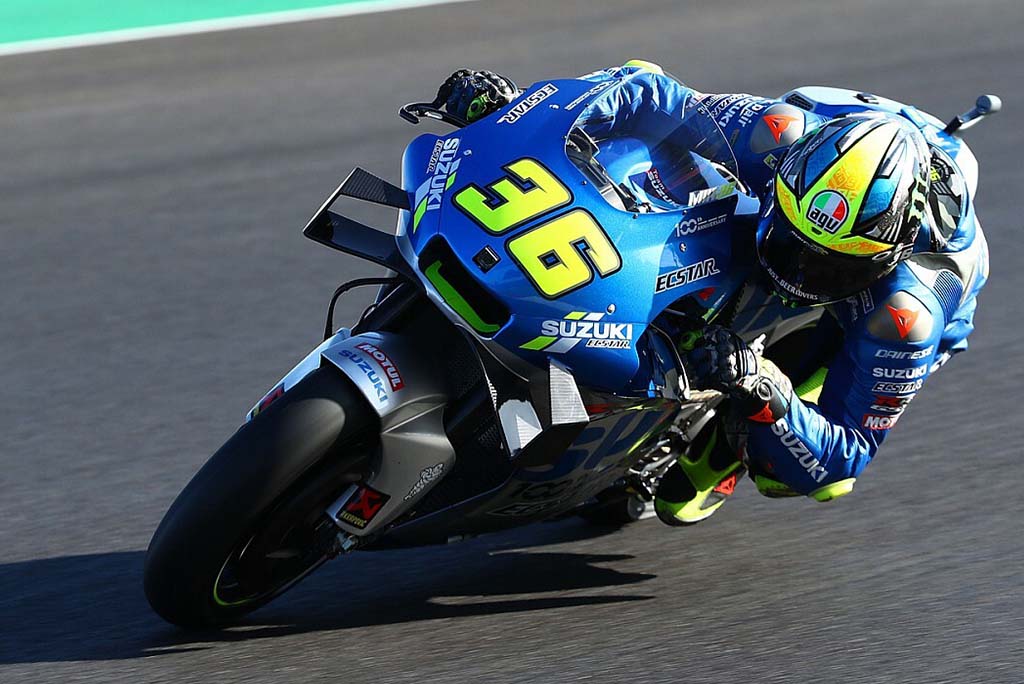 Not Marc Marquez or Quartararo, this is Joan Mir's toughest opponent in MotoGP 2022

Ducati fielded four teams in MotoGP 2022 consisting of one factory team and three satellite teams. For the factory team, Ducati still relies on Francesco Bagnaia and Jack Miller who performed well in the 2022 MotoGP.

For Gresini, Enea Bastianini and Fabio Di Giannantonio will be occupied. What about the VR46 team made by Valentino Rossi? There entrenched Luca Marini and Marco Bezzecchi.

Seeing that Ducati is preparing optimally for the 2022 MotoGP, Joan Mir said the qualifying session was important for Suzuki. Joan Mir assessed that if it was Ducati who started the race from the front row, it would be difficult to catch up with them.

Related Posts:  Yamaha admits it has accepted the departure of Valentino Rossi

"Qualification will be important for us. It is not only difficult to get a win, but also to get into the second qualifier," said Joan Mir quoted from Speedweek, Friday (28/1/2022).

Joan Mir said that after having a bad experience in MotoGP 2021 when he faced a Ducati rider. He explained that his motorcycle tires had problems when overtaking the Desmosedici Ducati.

"Overtaking was the worst thing last year. When trying to pass the Ducati, my front tire often overheated. As a result, the motorcycle became even worse," said the 2020 MotoGP world champion.

The Spaniard admitted that it would be difficult to compete with a Ducati rider who has tremendous potential if he and the bike don't develop. Therefore, it is interesting to wait for the action of Joan Mir and all the riders in MotoGP 2022.