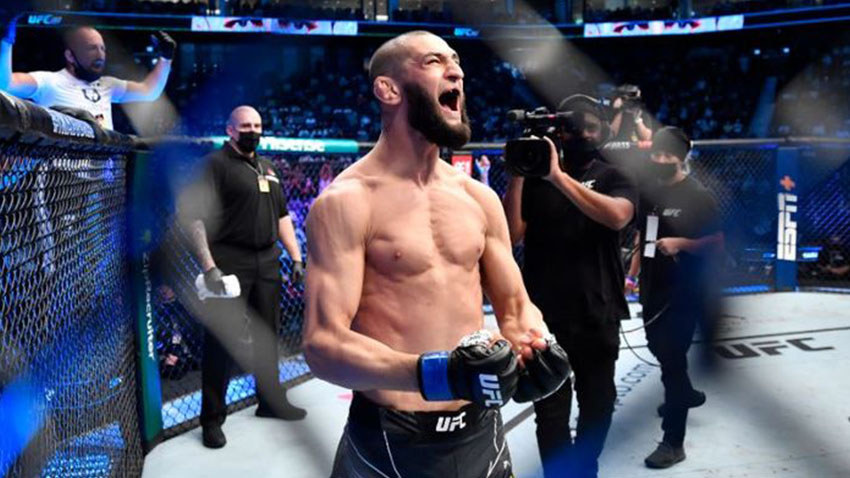 Pretending to want to join the UFC, Jake Paul wants to be killed by Khamzat Chimaev

MDP Live - Boxer Youtuber, Jake Paul, becomes the target of Khamzat Chimaev if he is really serious about joining the UFC.

Following up on Jake Paul's offer to switch to MMA, Khamzat Chimaev was willing to become the first opponent in the UFC.

Khamzat Chimaev is a new UFC star who has collected four consecutive wins in the octagon.

The welterweight ranked 11th fighter is even claimed as Dana White is one of the most feared figures in the UFC.

With such a brilliant record, Chimaev became one of the names Paul called to make White emotional.

Paul himself gave a challenge to another welterweight star, Jorge Masvidal.

Paul is willing to retire from review and fight Masvidal and other UFC stars in the octagon with three conditions that must be met first.

White must provide a salary and share a 50:50 profit of the UFC's annual earnings to the fighter.

Paul apparently did not get a positive response from the Swedish fighter.

Chimaev signaled a threat by uploading a photo of himself with Jake Paul's older brother, Logan Paul.

"Don't joke with me, you know what I mean," Chimaev said, quoted by Sportskeeda.com.

Chimaev then asked Dana White for permission to fight Jake Paul if he really joined the UFC.

The fighter nicknamed Borz will silence Jake Paul's big mouth if given the opportunity to fight with him.