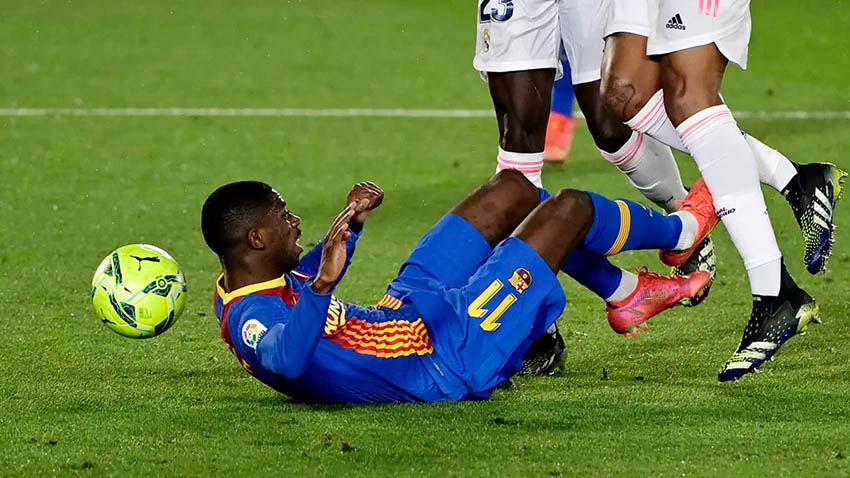 In recent weeks, Barcelona have tried to seek a new contract for Ousmane Dembele. As per Xavi Hernandez's recommendation, this player must be retained.

But Dembele's demands were too great. He refused to accept the offer of a pay cut and insisted on his initial request.

The problem is, Dembele also refuses to be sold this January. He wants to be sold for free when his contract expires on June 30.

This condition certainly will not be taken by Barcelona. Reportedly there are two clubs that have been monitoring Dembele, namely Juventus and Manchester United.

Dembele has rejected a new offer from Barcelona. He believes that he has become one of the best players in the world so he must be paid properly.

Barcelona must immediately find a buyer for Dembele. Based on statistics, Dembele's appearance is far from expectations.

He has only scored 1 goal in 11 matches he has played. The goal was also obtained against the weak club Linares.

He scored 2 assists and only had four shots on target. Barca certainly need more than this.

Dembele is a footballer of French and Senegalese descent. The player who was born on May 15, 1997 started his career with Rennes before finally joining Borussia Dortmund in 2016.

Dembele's career skyrocketed so quickly. In just 3 years, he has been ogled by Barcelona, ​​which has kept him until now.