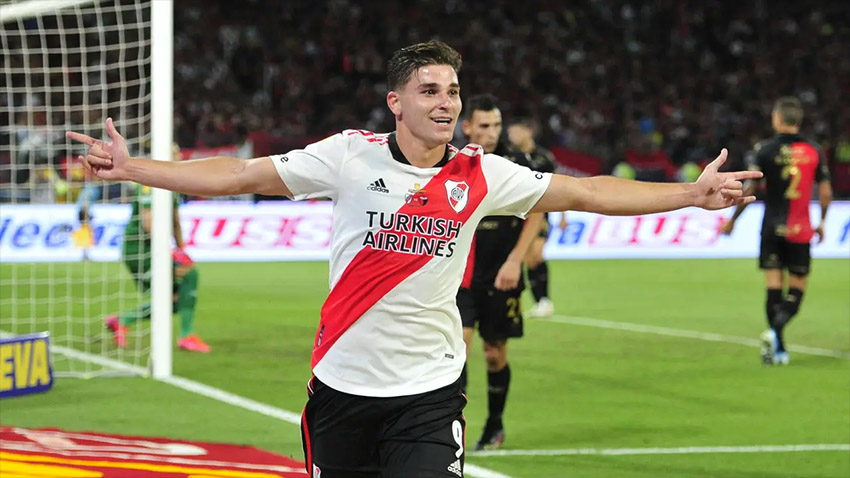 When Ronaldo wanted to leave Juventus in the summer of 2021, Manchester City had been very favored to get the man from Portugal. It is said that a personal agreement has been reached.

Ronaldo's move to City has not been completed only because of the problem of the transfer dowry to Juventus. In the final moments MU came to overtake City. In a short time, the Red Devils managed to repatriate Ronaldo.

MU was moving so fast. In less than 24 hours they managed to secure Ronaldo from Juventus. The Red Devils signed Ronaldo because they did not want to see him in the City uniform.

Now City have the opportunity to repay Manchester United by twisting the talented young Argentine player Julian Alvarez from River Plate. MU had been championed to get Alvarez at the beginning of 2022.

But the situation has changed, City is now claimed by journalist Hernan Castillo who has the most opportunity to get Alvarez. City's offer is considered the most tempting for River.

City are believed to be securing Alvarez soon. The price is relatively cheap. River only set a release clause of 17 million pounds considering the contract will expire at the end of the year.

City's proposal was quite pleasing to River. The Citizens are allegedly willing to let Alvarez stay with River until June or even after the Copa Libertadores finishes in October 2022.

Alvarez is one of the most talented talents in South America today. He shone with River by making 24 goals and 15 assists from 46 appearances in various competitions.

The 21-year-old will fit the criteria of a player favored by City manager Josep Guardiola Alvarez who can play in various positions up front.

City have also just released one of their forwards, Ferran Torres, to Barcelona. Julian Alvarez is expected to be the successor to Sergio Aguero at City.